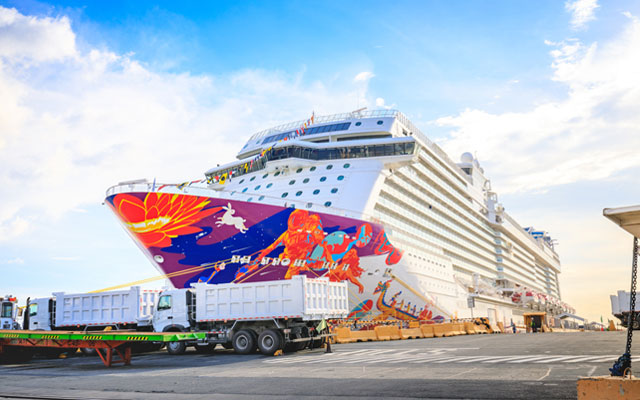 Following Diamond Princess, another cruise ship has been quarantined over fears that crew and passengers were exposed to the Novel Coronavirus by infected passengers.

More than 1,800 passengers and crew on the World Dream that docked in Hong Kong on Wednesday were being held on board while they were tested for Novel coronavirus after some crew reported fever, according to a report by The Straits Times.

World Dream, operated by Dream Cruises, had docked in Hong Kong after it was denied entry to the southern Taiwan port of Kaohsiung on Tuesday.

Three mainland Chinese who had been on board from January 19 to January 24 were found to be carriers, said the report, which added that most of those remaining on board were from Hong Kong.

Parent company Genting Hong Kong said in a statement the three “confirmed” cases had disembarked in the southern Chinese city of Guangzhou on January 24.

So far, there has been one virus fatality in Hong Kong, with 18 confirmed cases, including at least four that were transmitted locally.

Meanwhile, Hong Kong’s health staff have been on strike this week for the city’s government to seal the border with China, where the virus had originated from, in order to curb the spread of the virus, according to various media reports.

Leader Carrie Lam stopped short of closing the entire border as she said doing so would be inappropriate and discriminatory.