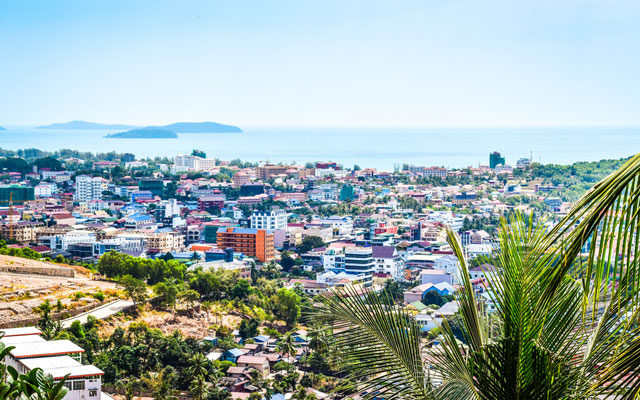 A wave of Chinese investment has led to a slew of properties and developments mushrooming in the Cambodian costal village of Sihanoukville over the last few years.

However, the Cambodian government’s recent ban on online gambling over concerns of money laundering has dealt a serious blow to the city’s tourism and real estate sector, and disrupted a three-year booming business in the country which catered primarily to Chinese tourists.

“Sihanoukville was originally a peaceful coastal village set in the southwest of Cambodia. In the past, it attracted mostly Western tourists and was once a weekend getaway destination for locals. However, starting in 2017, the dramatic inflow of Chinese investment driven by the Belt and Road Initiative has changed the seaside town completely,” Bill Barnett, managing director, C9 Hotelworks, said.

“Prior to 2016, only limited domestic and charter flights served Sihanoukville airport. The emerging market has drawn attention from various segments, especially the gambling sector, and brought hundreds of thousands of mainland Chinese workers and investors to the city.”

As of year-to-date October 2019, the city’s main getaway Sihanoukville International Airport hosted 602,755 passenger arrivals, which is a 266 per cent year-on-year growth compared to the same period in 2018.

“Land values, rents and condominium sales prices have skyrocketed during a three-year period due to the surging demand and massive development of the city,” Barnett added.

There are currently 3,296 hotel keys in Sihanoukville, ranging from midscale to the upper upscale tier, with most properties boasting large room stock that caters to groups, said the report.

“Without a doubt, the Cambodian ban of online gambling, driven by the Chinese government has hit the tourism and real estate sector hard. Yet, ongoing construction of public infrastructure and development of SSEZ will likely contribute to stabilising development in the medium to long term,” Barnett said.

Sihanoukville International Airport is undergoing an extension of the runway to serve larger aircraft, with the project expected to be completed this year.

Despite the challenged online gambling sector, future growth is expected to be diversified in various segments, with a focus on the industrial industry alongside a rebound in tourism, said the report.

While there is massive construction of buildings in the city, key projects total 18 developments, representing 30,549 condominium units. All upcoming projects include condominiums; with six mixed-use properties also having hotels, shopping malls and office buildings.