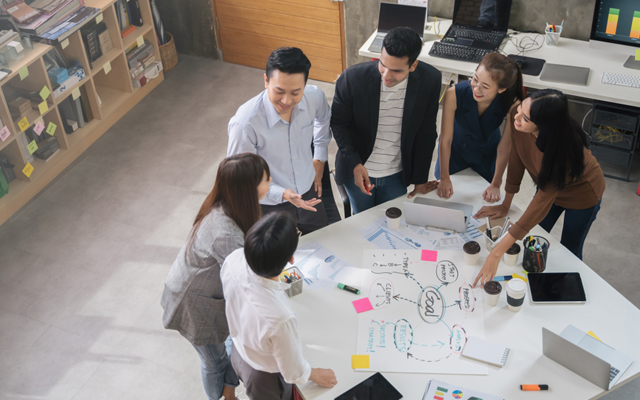 South-east Asia is becoming a global hotspot for tech startups, thanks to the explosive growth in commercial innovation and investment activity which have risen in recent years to meet the needs of rapidly developing markets like Indonesia, Vietnam and Thailand.

The level of sophistication now seen in the regional travel tech startup ecosystem is also a far cry from barely a few years back, when Amadeus Next was initiated in 2015 as a programme to support the growth and development of startups by offering technology building assistance, expert advice, customer reach and funding referral, observed Matt James, senior manager, corporate strategy & business development at Amadeus Asia Pacific.

“We’ve an increase in the volume of startups, and we’ve seen an improvement in the maturity of the startups in Asia,” James noted. “When we first started Amadeus Next, startups were trying to replicate what’s already been done, and their focus was very much on B2C as many aspire to be the next big B2C player.”

Fast forward to 2019, Amadeus Next is now seeing more B2B startups at play in the region, a line that the travel technology company has been advocating to entrepreneurs in order to scale up their ventures. “We’ve been saying for a while – B2B is really the area which startups should focus on,” said James. “They should focus on those problems that companies can’t or won’t do themselves, and aim to be a niche player for companies, and have a B2B approach.”

The development of more polished travel tech startups in the region is in part due to a thriving ecosystem that has also grown bigger and richer with more venture capitalists, advisors, as well as accelerators and incubators, he added.

Since Amadeus Next’s founding, a number of major travel companies have also joined the fray to establish their own accelerators or incubators for startups, with notable ones including Lufthansa Innovation Hub, Ctrip’s Oasis Lab and the Changi Airport Group Living Lab.

At the same time, James said the Amadeus Next programme is no longer purely focusing on travel technology players but has also evolved to bring in other verticals including fintech, insurtech and healthtech.

Funding, for instance, is not the only thing that newcomers to the business seek, James told TTG Asia, but also “industry connections”, “domain expertise” and “technology”.

“The idea was that we could provide a lot more value to startups by orchestrating this community approach to bring together other stakeholders within that startup ecosystem,” he said, referencing Tune Labs, Chinaccelerator and the Malaysian Global Innovation & Creativity Centre (MaGIC) as some of the accelerators and organisations that are also part of Amadeus Next.

And in a highly fragmented region like South-east Asia, the community element is critical to the startup ecosystem, James stated, unlike serious tech startup hubs like the Silicon Valley, Tel Aviv and Berlin where there is greater support from venture capitalists, entrepreneurs and advisors.

Furthermore, the ecosystems in South-east Asia are also distinct across the regional countries, with “different government regulations in every single market”, James noted. Singapore is a regional standout in its many startup-friendly initiatives and low-friction government; Thailand, while lagging behind, has seen a great movement in providing support to startups under the country’s 4.0 strategy.

Meanwhile, China’s startup scene, which is backed by tech giants the likes of Baidu, Alibaba and Tencent, offer many advantages to startups with its big ecosystem. And Japan, despite its less entrepreneurial and startup-friendly spirit, is finally starting to see more entrepreneurs experimenting with ideas – and whose startups boost a higher success rate than elsewhere in the region.

Moving forward, James affirmed that the future looks bright in Asia-Pacific, where growth is primed to continue. “I think there’s a lot of opportunity to tap in South-east Asia, China and Japan. And our focus will remain on Asia-Pacific to compete, operate and orchestrate this community.”

“There’re lots of opportunities in the travel space that we’re in. If you look at the projected increase of travellers in general in Asia, growth is coming from mainly two markets (China and India), but Indonesia, Vietnam and Thailand are part of that as well. We’re in a very interesting space,” he noted. “And when you have that convergence, plus the opportunities and the money coming in and the technology, I think we’re going to see some very big things coming, with AI, biometrics and 5G.”

Any advice to budding startups in South-east Asia? James is placing his money on the two niche areas of airport and hotel, where there exist abundant friction points, and likewise, opportunities, to improve the traveller experience for a seamless travel journey.