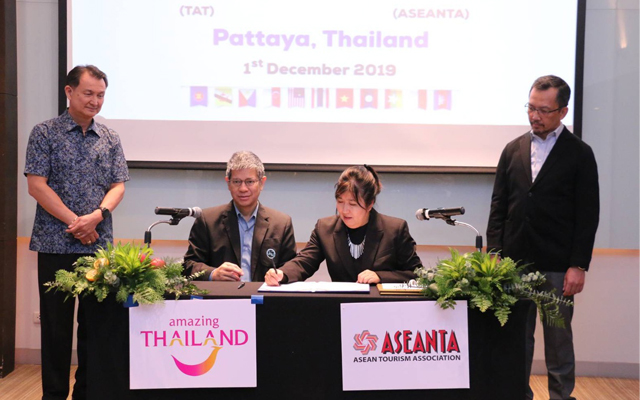 The Tourism Authority of Thailand (TAT) have signed an MoU with ASEAN Tourism Association (ASEANTA) to develop tourism in South-east Asian countries, including Thailand.

Under the deal, both parties will work to raise awareness and promote better understanding of the tourism industry among their members and network, as well as develop personnel capabilities and destination marketing strategies to promote Thailand and South-east Asia.

TAT and ASEANTA will also work to boost the competitiveness of Thailand’s and South-east Asia’s tourism industry by developing the standards of both personnel and organisations in this region, as well as educating and advocating implementation in tourism organisations, including the promotion of Thailand and other South-east Asia destinations.

As well, both parties will exchange both domestic and international intelligence, which has potential to boost the reputation of South-east Asia’s tourism industry in the global market. The agreement will also give members of both associations access to each others’ courses and events.