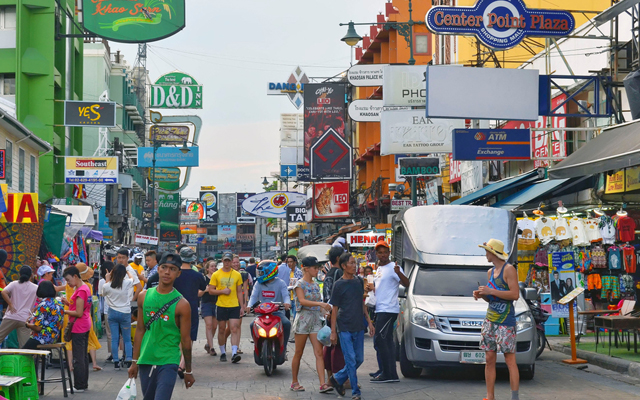 The Bangkok Metropolitan Administration (BMA) is planning to turn Silom, Yaowaraj and Khao San roads, which are popular among tourists, into pedestrian-only zones during certain hours in the coming months, in a bid to boost domestic tourism and the country’s economy, according to a Bangkok Post report.

Deputy Bangkok governor Sakonthee Patthiyakul was quoted by the report as saying that during the trial experiment, Silom Road will be shut to all vehicles from 12.00 to 22.00, starting December 15. The closure will then occur on the third Sunday of every month until May.

Elsewhere, Yaowaraj Road will be turned into a “walking street” every Friday, Saturday and Sunday, from 19.00 to midnight, during a three-month trail period starting December 13.

The pedestrian-only zone will also be extended to include the adjacent Tanao and Sip Sam Hang roads, with vehicles only allowed to pass after 02.00, he added.

Entertainment activities, such as concerts, will be held on Silom and Yaowaraj roads, according to a report by Thai PBS World. Meanwhile, arts and cultural activities, such as khon masked dances and talung shadow play, is planned for the Khao San area, which is currently undergoing a US$1.6 million facelift to turn it into an “international walking street”.

BMA is also considering turning some roads in the Kudeejeen-Khlongsan area into “walking streets” every three months, according to Sakonthee.