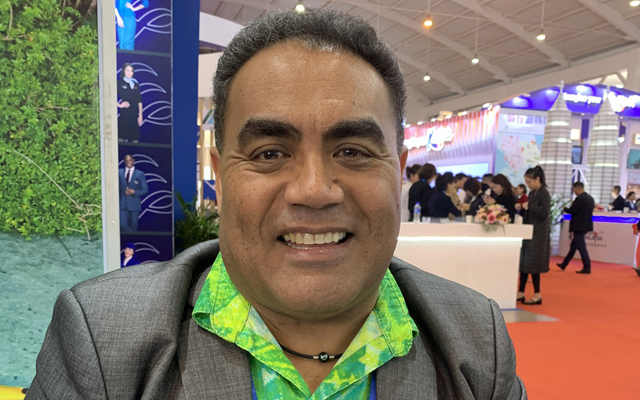 As the China-Pacific Island Countries Year of Tourism 2019 drew to a close at the China International Travel Mart (CITM), which recently took place in Kunming, Yunnan, expectations were high among industry leaders that China will play a bigger role in the region’s tourism development landscape.

Christopher Roy Cocker, CEO, Pacific Tourism Organisation (SPTO), said: “The partnership has opened up tourism, with China now the fastest emerging market for the Pacific Islands. In 2018, out of the 2.1 million visitors, 5.8 per cent were Chinese.”

When asked about the mission of SPTO – a representation of all 20 Pacific Islands – Cocker shared: “One of our aims is to get each destination to come up with their own USPs. Everyone knows the region has water sports, diving and fishing, but I can’t just sell sun, sea and sand. All 20 islands are different.”

A newcomer to this year’s CITM is Kiribati, a sovereign state whose niches lie in fishing, diving, bird-watching, and WWII relics. Said Petero Manufolau, CEO, Tourism Authority Kiribati: “We are hoping to make tourism our main economic driver, and move away from fishing. The Chinese market is a fantastic opportunity (to help this happen).”

Similarly, the Solomon Islands is hoping to move away from logging and mining, and has expanded efforts on the development of the tourism sector as an economic driver.

“China has the potential to bring in 30,000 for us in a month, yet we welcome only 2,000 in a year. The Chinese are the largest outbound market globally, and we want a piece of the cake,” Tuamoto remarked.

Seeking not just a “spike” in Chinese numbers but the cultivation of a “long-term relationship” with China, Tuamoto revealed that the Solomon Islands is now working on easing visa entry regulations for Chinese travellers, as well as developing specific products for the market.

As for the type of products Chinese travellers sought, Tuamoto said: “When I spoke to Chinese wholesalers, they shared that Chinese market wants soft adventure, such as snorkelling and trekking. They are also usually higher-spending, and more experienced travellers.”

China clearly has the makings of a luxury market for Vanuatu, which is among the earliest to tap the Chinese outbound travel boom, said Adela Issachar Aru, CEO, Vanuatu Tourism Office. She noted that Chinese travellers usually spent six to eight nights in Vanuatu, spending over US$2,000.

Aru shared: “There has been a 33 per cent increase in Chinese tourists over the last four years, with more arriving yearly.”