As Lombok’s events calendar heats up, the island is racing to cement its position as a sports and entertainment destination. Mimi Hudoyo zooms in on the island’s new and upcoming infrastructure projects and development works. 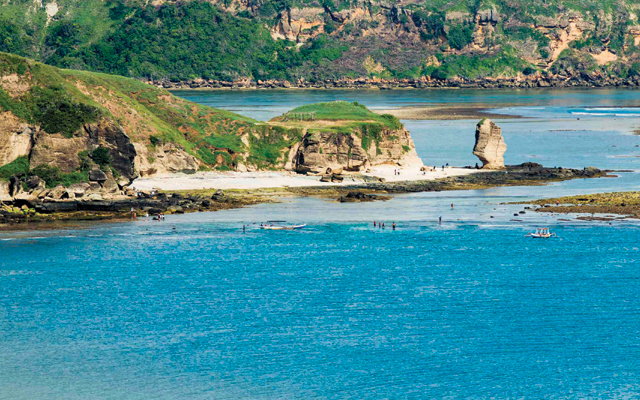 With Indonesia gearing up to host the MotoGP races from 2021 to 2023, the Mandalika district on the island of Lombok, which will play host to the prestigious street race, is caught up in a race of its own: to establish itself as a sports and entertainment destination.

Ever since Dorna Sports made the MotoGP announcement this February, Lombok has received visibly more attention, not only from Indonesian president Joko Widodo and the relevant government officials, but also investors who are eyeing the sites in Lombok, particularly within the Mandalika special economic zone area.

News of the motor racing event has been met with “euphoria among the stakeholders of Lombok”, said Awan Aswinabawa, chairman of A&T Holidays in Lombok.

“People are very enthusiastic in developing villas, as well as restaurants and cafes, especially in the areas surrounding Mandalika,” he said. “I believe MotoGP was also one of the reasons AirAsia (Indonesia) decided to make Lombok a hub.”

Seeing the “excitement” that MotoGP has brought to Indonesia, Ricky Baheramsjah, head of investment and marketing at the state-owned Indonesia Tourism Development Corporation (ITDC), the country’s integrated tourism developer and operator, said there are plans to bring more sports events to the destination.

“For us to have a sustainable business plan, we should do more races than just MotoGP,” he stated.

“In fact, we have signed the contract to host World Superbike in 2021 too. The World Superbike is the second biggest motorbike race in the world and we do not want to stop there. We plan to host more races, with the MotoGP as the ‘pearl’ of the calendar.”

With that goal in mind, ITDC is investing in the building of permanent and temporary infrastructure. A 4.2km street circuit complex will be developed from the ground up, housing a paddock area with 40 garages, 50,000 grandstand seats, a standing area for 138,000 spectators, and hospitality suites that can accommodate up to 7,700 people.

Ricky said: “We will have the first street circuit in the world that can accommodate motorbike racing. It is almost like the Albert Park in Melbourne, which is an F1 street circuit.

“This is not a conversion of an existing street, like in Singapore and Monaco, but a street specifically designed to host motorbike racing because the requirements to have a motorbike race is more stringent than, say, Formula 1,” he added.

For example, the race tracks in Mandalika will be designed with more run-off areas, or crash barriers, than car racing as a safety feature when racers unintentionally depart off the prescribed course.

Currently, the 102-key Novotel Lombok Resort & Villas is operating in the area, while the 256-key Pullman Resort is set to open next year.

The aim is to have back-to-back races on weekends that stretch into the following week to encourage longer stays, he added.

ITDC management feels that they can leverage the race infrastructure, when completed, to host more than just motorbike races.

“We are also developing a 27-hole championship golf course, and we also have the facilities and event planners to host a PGA golf tournament. We can also host marathons, triathlons like Ironman, and even yacht races between Australia and Lombok because we will also have a marina,” he said.

In the next stage, the Mandalika integrated resort complex will also feature a wellness centre, theme park and convention facilities.

With all these developments in the island’s pipeline, Mandalika looks set to become more than just a beach paradise as it seeks to grow itself into an entertainment and sports destination, said Ricky.

Trade and hotel operators are upbeat about Lombok’s future, given all the buzz surrounding the MotoGP.

The Indonesian hotel group is also expanding its other brands to other parts of Lombok.

It recently launched The Kayana Beach Lombok boutique villa and is currently building Santika Premiere on the other side of the island, about a 90-minute drive from Mandalika.

Ericht Alessandro, general manager of The Kayana Bali and Lombok, sees The Kayana Beach Lombok as a complement to Mandalika’s development.

Meanwhile, Awan is upbeat that the MotoGP will attract travellers not only for the races but also to explore Lombok and nearby Bali or surrounding islands.

What tourism stakeholders in Lombok ought to do, urged Awan, is to step up destination promotion efforts to encourage longer stays.

“On the other hand, we also need to prepare and get ready (the infrastructure) to manage the influx of (over 100,000) spectators expected to come to the island during race days,” he said.