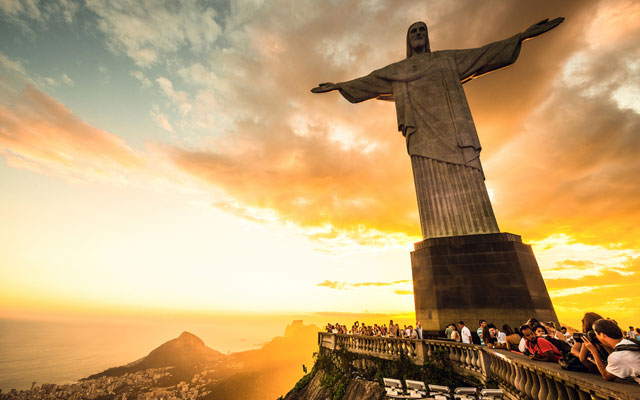 With a total 175 million outbound Chinese travellers expected in 2019, emerging destinations in South America like Argentina and Brazil have joined hands to draw Chinese tourist traffic by easing visa restrictions.

Speaking at a press conference held at the recent Global Tourism Economy Forum in Macau, Argentina’s tourism minister Gustavo Santos and Brazil’s tourism minister Marcelo Álvaro Antônio revealed that they are in talks with China regarding visa-free travel to both countries, and details will be announced in late November.

Santos said: “Argentina currently offers electronic entry permits (with a 10-year validity) exclusively for Chinese who possess Schengen or US visa. With this proactive partnership, we hope the relaxation would bring more convenience and closer links to China.”

Since the Brazilian presidential inauguration took place early this year, it resulted in a more liberal policy with simplified bureaucracy. For instance, the Brazilian Tourist Board (Embratur) will take up an agency role next month with greater autonomy and bigger budget to push tourism.

Antônio said: “The new government also opened up the country’s investments for foreigners, i.e. infrastructures, theme parks and resorts, whereas public-private partnerships mean infinite opportunities ahead. China is our main economic partner so we want to get closer via tourism. (We are discussing with China) initial ideas to ease visa process, i.e. visa free or electronic visa for EU visa holders. Moreover, we have formed a working group focusing on China so hopefully, we can grow our existing visa centres in China from three to 12-15.

“Our air space is also opened up, so we hope to attract new investment to bring in more players, in addition to the existing three airlines (LATAM, GOL and Azul). We need at least eight (airlines) for international connections and improve connections with China.”

Statistics show that Brazil welcomed a mere 60,503 Chinese visitors in 2018, while Argentina recorded 72,000 Chinese tourist arrivals in 2017. Last year, about 70 per cent of Brazilians visit China for business and only 18.5 per cent for leisure.

Dinghong Tour International Travel Service’s general manager Luna Zhong said: “That’s good news for us. I started pushing South American trips in 2002 and at that time, visa application was a big problem but the situation improved in countries like Argentina over the last three to four years. But Chinese visitors to Brazil are currently required to apply for visas in person and the visa fee of about RMB1,200 (US$170) is not cheap – so visa-free access will drive more customers to the country.”

However, Guangdong China Travel Service’s deputy manager for America, Australia and New Zealand, Susie Qu, said that visa fees are not a key drawcard as clients heading to South America are mostly sophisticated travellers. She said: “What concerns this high-end segment of travellers is convenience. They will travel whenever they feel like it so a visa-free arrangement would save them from a tedious application process. I am optimistic this will drive more group tour businesses in future.”

She added: “Hopefully, there will be more air connections (between both countries) because currently, our groups can only depart from Hong Kong International Airport for better connecting flights or schedules.”