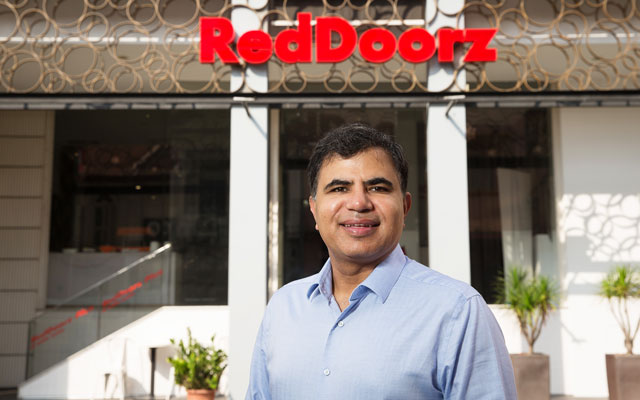 As competition in South-east Asia’s affordable accommodation sector heats up, RedDoorz’s founder and CEO Amit Saberwal has every intention to turn the company into a recognised household icon not unlike the ubiquitous “7-Eleven” convenience stores in Thailand and “Aqua” bottled water in Indonesia.

RedDoorz’s recent US$70 million close of its Series C funding round has clearly placed Saberwal a step closer to his ambitions of achieving greater market penetration and brand investment of the Singapore-based startup, which he founded in 2015 after nine years with MakeMyTrip.

After successfully venturing into Indonesia, Vietnam, the Philippines and Singapore, Saberwal hopes to corner Thailand next in 2020. “It would be “counter intuitive to not go into Thailand,” Saberwal told TTG Asia, noting opportunities of growth in the country’s large pockets of leisure travel such as Bangkok, Phuket and Pattaya, as well as secondary destinations and lesser-known provinces that are popular among domestic Thai tourists.

The lodging startup chief is holding the “localisation” cards close to his chest as he plots RedDoorz’s expansion strategy into Thailand, leveraging from its experience gained from operating in its four existing markets in South-east Asia. “We will use the 7-Eleven model, i.e. small-format hotels but with high density,” he said, citing success that such a model has brought to its business in Jakarta and Ho Chi Minh City.

“But the (foray into Thailand) is still an evolving thought strategy for us. We haven’t nailed it out yet,” he stated. “Seventy per cent of the business model is common across the markets, but 30 per cent of that model will be differentiated.”

The founder is a firm believer of South-east Asia as a “great opportunity market”, propelled by a surge in the region’s growing middle class and its propensity for travel. “In the first five years (of operation), we have only scratched the surface. We don’t want to go into too many new markets.”

But isn’t the hotel industry veteran concerned about the growing competition from rival outfits, some of which are backed with deep funding and fast penetration in the region?

“We are very focused on South-east Asia, very focused on accommodation. We feel that this is a business that takes a lot of effort to learn, and you can’t accelerate through money or expansion into a new market like Saudi Arabia without first understanding what the market wants,” he stated, alluding to Softbank-backed Indian lodging startup Oyo Hotels and Homes.

Competition, Saberwal insists, may it be from Oyo, Nida Rooms or Zen, will only spur RedDoorz to innovate more. Neither is he worried about the hospitality incumbents like Accor making a play for South-east Asia budget accommodation space through its recent Fragrance Hotel deal.

“More interest in this space also translates into more opportunities for everybody. The way the business is going to expand is when more and more individual entrepreneurs and investors see that there is viable way to make money in hospitality business.”

However, the startup chief admits that it hasn’t been an easy journey scaling up the company. “It’s a tough business standardising offline assets built across different periods of time, and then making consumers come and stay in a reasonably standardised environment, and then trying to develop a good online and offline experience. It lends itself the complexity in many ways. Our use of technology and our way of operations has helped us to overcome many of these challenges.”

“In 2020, the plan is to reach a unicorn status,” said Saberwal. “We’re eyeing an IPO in three to four years’ time, which is a logical conclusion for us. If we can provide good returns on investment to our investors and do our IPO at the right time, it will be a milestone for us.”