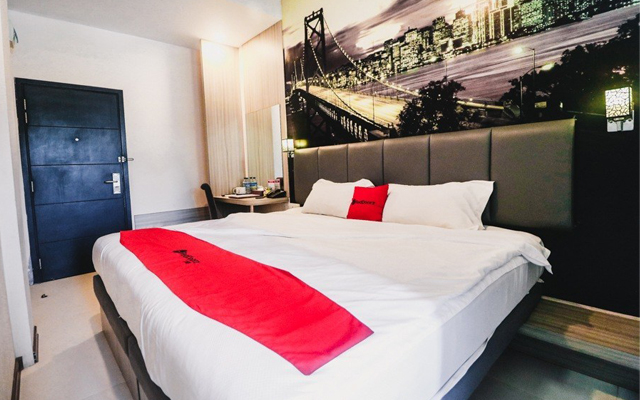 Barely weeks after closing its US$45 million Series B round, Singapore-based hospitality start-up RedDoorz has raised a fresh US$70 million investment as first close of a larger Series C round driven by high investor demand.

The latest funding round, which is ongoing, was led by Singapore-based growth equity firm Asia Partners. Other co-investors include Rakuten Capital and Mirae Asset-Naver Asia Growth Fund, as well as existing investors Qiming Venture Partners and International Finance Corporation.

The new funding brings the total amount of funds raised by the company to approximately US$140 million since its launch in 2015, putting it on head-to-head competition with rival Oyo in the South-east Asian market while Accor recently inked a franchise deal for 15 budget hotels in Singapore.

Amit Saberwal, founder and CEO of RedDoorz, said: “This new round is a testament to our strong business growth and market leadership position we were able to build during the last few years. RedDoorz operates in some of the most dynamic markets in the world and we see tremendous opportunities to continue growing our platform and expanding into new markets.”

He added: “We believe we are on the right track to create the next tech unicorn in South-east Asia and with the backing of our new investors, who bring deep expertise building large successful tech and digital businesses in our region, we are well positioned to fully execute on our strategy and mission.”

RedDoorz said it will use the new funds to launch in new markets and scale technology, customer experience projects, people and marketing investments to further strengthen its leadership position in the region. A significant portion of the latest proceeds will be used to build a second engineering hub in Vietnam which will complement the current regional tech hub based out of India.

The company also plans to ramp up its hotel staff and quality training programmes across all properties in Singapore, Indonesia, Vietnam and the Philippines as it helps employ approximately 10,000 people across the region through its hotel partners.

Oliver Rippel and Nicholas Nash, co-founders and partners of Asia Partners, which was involved in the IPO of South-east Asia’s startup Sea and Flipkart’s sale to Walmart, said: “Our mission is to help build and mentor Southeast Asia’s next generation of tech unicorns. Our team has a unique combination of investing and operating skills to help companies such as RedDoorz become true market leaders.”