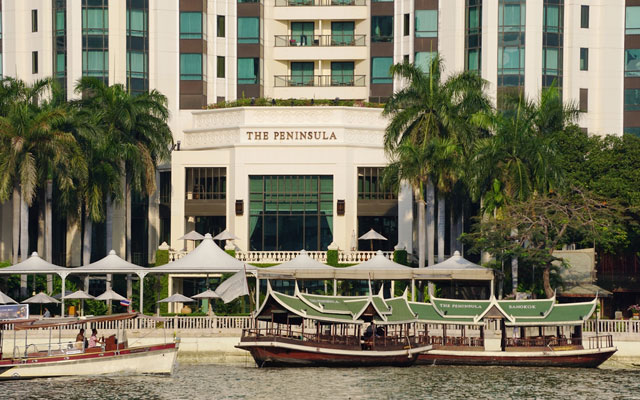 The Hongkong and Shanghai Hotels (HSH) has released a statement to announce its appeal against a recent high court ruling in the Thai shareholders’ favour to terminate The Peninsula Bangkok management contract made with the Peninsula hotel group.

HSH, which has been running the hotel since 1998, holds a 50 per cent stake in The Peninsula Bangkok via its wholly-owned subsidiary, while The Phataraprasit shareholders own the other 50 per cent of the luxury hotel, according to the statement.

HSH said in its statement that it strongly objects to the local Thonburi Civil Court’s ruling on September 10, 2019 that its subsidiary should not have been allowed to vote on a resolution regarding the termination of Peninsula’s management agreement at the shareholder meeting of the joint venture company held on January 26, 2019. It added that it has duly appealed this judgement to the Court of Appeal on October 9, 2019.

HSH’s COO Peter Borer said in the statement: “Having been involved with The Peninsula Bangkok since its inception in 1998, I can confirm that we have always acted with integrity, in the best interests of the joint venture as a whole, supporting both shareholders and in compliance with the shareholders’ agreement and the hotel management agreement. Over the past decade, the hotel’s financial performance has been affected by political uncertainties and a challenging luxury hotel market in Bangkok, but as a group with a long-term investment philosophy, we have always remained committed to Thailand.

“Despite this difficult market, The Peninsula Bangkok has consistently performed well in its competitive set and this hotel has received many awards and accolades over the years, including the World’s Best Hotel by the readers of Travel + Leisure. The daily operations of the hotel are not currently affected pending the final outcome of the legal actions.”

In the meantime, The Peninsula Bangkok continues to be operated by The Peninsula under the legally binding hotel management agreement.