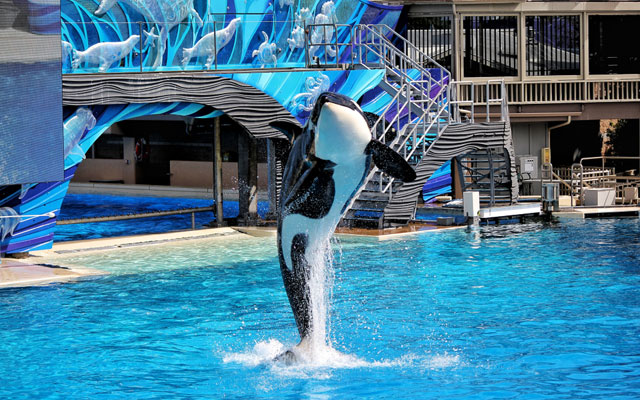 TripAdvisor will no longer sell tickets to, or generate revenue from, any attraction that continues to contribute to the captivity of future generations of cetaceans, referring to whales, dolphins and porpoises.

As a result, any commercial facility that breeds or imports cetaceans for public display will be banned from sale on TripAdvisor and its subsidiary Viator.

Products currently on sale and found to breach the new rules will be removed over the next few months, with the policy coming into full force by end-2019. The new policy will not apply to seaside sanctuaries that provide care to cetaceans already in captivity.

A seaside sanctuary environment is defined as a natural body of coastal water, such as a bay or a cove, that houses cetaceans in as close to a natural environment as possible while providing protection and oversight from qualified husbandry and veterinary staff, according to TripAdvisor.

Seaside sanctuaries must adhere to a strict no-breeding policy, must not train their animals to perform in any shows or performances for public display, and must prohibit all forms of physical interaction between guests and the animals, including any in-water guest experiences.

The decision follows an extensive consultation process with a range of experts, including marine biologists, zoologists and conservationists, and considered the scientific evidence and arguments presented from all sides. It continues TripAdvisor’s commitment to improving the welfare of animals globally, particularly animals in tourism.

“The extensive evidence presented to us by the experts was compelling. Whales and dolphins do not thrive in limited captive environments, and we hope to see a future where they live as they should – free and in the wild,” said Dermot Halpin, president, TripAdvisor experiences and rentals.

He added: “We believe the current generation of whales and dolphins in captivity should be the last, and we look forward to seeing this position adopted more widely throughout the travel industry.”

Naomi Rose, a marine mammal scientist with Animal Welfare Institute, said: “TripAdvisor is on the right side of history. Whales and dolphins cannot thrive in captivity and enlightened tourists no longer tolerate exploiting these intelligent and socially complex marine predators for human entertainment.”

Nick Stewart, global head of wildlife, dolphins, World Animal Protection, agreed: “This sends a clear message to other travel companies that we must end this cruel industry once and for all. Together, we can ensure this is the last generation of dolphins held captive for entertainment.”

TripAdvisor’s policy extension also takes into account that while it is possible to prevent future generations of cetaceans from a life of captivity, the situation is different for those already in captivity. For most of the current population of cetaceans, releasing them into the wild is not a realistic option. Thus, the policy also includes several stipulations aimed at protecting the needs, safety and health of cetaceans currently in captivity.

Halpin stressed: “Our aim is not only to prevent future generations of whales and dolphins from being raised in captivity, but also to encourage the industry to move towards alternative models, like seaside sanctuaries, that will better provide for the needs of the current captive population.

“Seaside sanctuaries have enormous potential, but they need more backing from the tourism industry. As long as facilities with captive whales and dolphins continue to profit from keeping these animals in smaller, cheaper and less natural living environments, then they don’t have enough incentive to adopt serious change,” he said, adding that the company hopes their latest move will help “turn the tide”.

TripAdvisor says its decision to cease selling tickets to sites that breed whales and dolphins represents the latest extension of the travel booking platform’s animal welfare policy, which first launched in 2016.

The policy already commits TripAdvisor and Viator to no longer sell tickets to experiences where travellers come into physical contact with captive wild animals, such as elephant rides and tiger petting experiences. It was further enhanced in 2018, at which point TripAdvisor also banned demeaning animal shows and performances from sale.