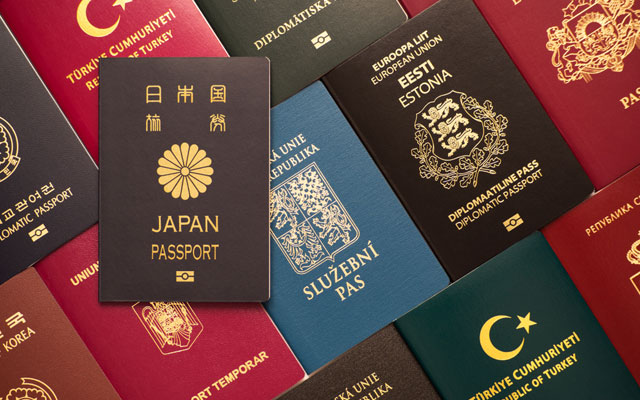 It’s clearly the age of Asia when it comes to passport power, as Japan and Singapore retain a firm hold at first place on the Henley Passport Index (HPI) entering the final quarter of 2019, each with a visa-free/visa-on-arrival score of 190 out of a maximum 227.

The HPI, a global ranking of countries according to the travel freedom for their citizens, is released by citizenship planning firm Henley & Partners.

For most of the 14-year history of the index, which is based on exclusive data from the IATA, the top spot has been held by a European country or by the US. However, this shifted dramatically in 2018, with Asian countries now firmly established as world leaders when it comes to both global economic activity and global mobility.

With visa-free/visa-on-arrival scores of 188, Finland, Germany, and South Korea remain in second place, while Denmark, Italy, and Luxembourg come in third, with a score of 187. Both the UK and the US remain in sixth place, with access to 184 destinations visa-free – the lowest position they have held since 2010 and a significant drop from their top ranking in 2014. Afghanistan sits at the bottom of the ranking, with access to just 25 countries without a prior visa.

Using historic data from the HPI and the Index of Economic Freedom, political science researchers Uğur Altundal and Ömer Zarpli of Syracuse University and the University of Pittsburgh, respectively, found that “countries that have higher visa scores also rank higher in economic freedom, especially in investment, financial, and business freedom”.

Christian Kaelin, chairman of Henley & Partners and the creator of the passport index concept, said: “Our ongoing research has shown that ‘passport power’ is more than simply the destinations a holder can travel to without a visa. Often, there is a strong correlation between visa freedom and other benefits such as business and investment freedom, independence of the judiciary, fiscal health, and property rights.”

While Brexit is – in theory, at least – only weeks away, the focus is firmly on how it will affect migration policy to and from the UK. Madeleine Sumption from The Migration Observatory at Oxford University noted: “Unlike trade policy, the future of immigration policy in the UK does not depend fundamentally on whether or not the UK leaves the EU with a deal. In either scenario, there will be a ‘transitional period’ until at least December 2020, in which free movement of EU citizens to the UK will continue more or less as it operates today. After that however, long-term settlement is likely to be much more difficult for EU citizens. And UK citizens who want to move to EU countries after Brexit will also face more restrictive immigration regimes.”

The biggest climber on the index over the past quarter has been the UAE, up five places to rank 15th. Lorraine Charles at Cambridge University’s Centre for Business Research said: “While the UAE may not be able to compete with Saudi Arabia – the regional hegemon – in terms of military strength and economic power, the projection of its soft power is uncontested in the GCC.”

As they have done throughout the index’s long history, countries offering investment migration programs continue to perform strongly. Moving up from the 16th-place position it held last quarter, Cyprus now holds 14th place, with Cypriot citizens able to access 173 destinations visa-free. Malta retains its strong seventh-place position with a visa-free/visa-on-arrival score of 183, while Antigua and Barbuda has risen to 28th place with a score of 149 after gaining access to Russia.