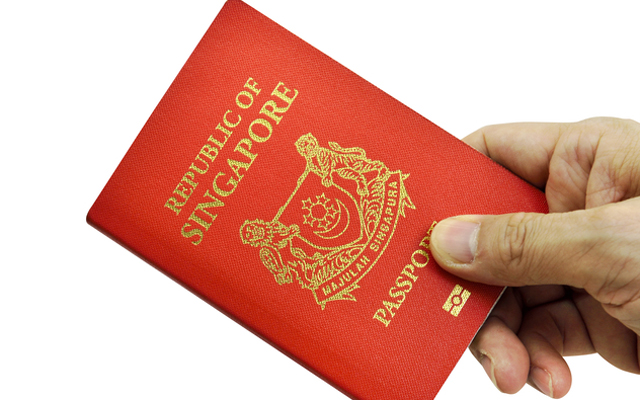 In a demonstration of Asia’s growing power and influence on the world stage, Japan, Singapore and South Korea now hold joint top spot on the Henley Passport Index.

These latest results consolidate 12 months of Asian dominance, after Japan first climbed to the top spot in February last year.

The three Asian countries hold the crown with a visa-free/visa-on-arrival score of 189. Following a visa-exemption from Uzbekistan, Germany currently sits alone in second place, with a score of 188.

Five countries now share third place on the index with a score of 187: Denmark, Finland, France, Italy and Sweden.

The UK and the US look increasingly unlikely to regain the top spot they jointly held in 2015, with the UK now in fifth place with a visa-free/visa on arrival score of 185, and the US in sixth, with a score of 184.

The UAE continues its upward trajectory and is now just one spot away from entry into the index’s top 20. After the recent formalisation of a mutual visa-waiver agreement signed with Russia, UAE passport holders are now able to access 165 destinations without a prior visa.

China’s ascent is less dramatic, but it is a change that experts believe to be far more significant from a geopolitical point of view. The country now sits in 67th spot, having moved up 12 places since 2009.

As well as illustrating the widespread adoption of open visa policies, the latest rankings reflect the transformative effect that Asian development and growth is having on networks of transcontinental cooperation and connectivity. With the three tied in top spot all Asian countries, “there is a clear momentum behind the region taking centre stage in globalisation”, said Parag Khanna, founder and managing partner of FutureMap.

“The steady rise of China through its visa-waiver agreements shows how incremental and reciprocal measures can lead to significant progress in trust and recognition,” he added.

“With the Belt and Road Initiative expanding its constellation of member states and cross-border projects, we can fully expect Asian, European, Arab and African countries to continue to seek more seamless access to each other’s countries. This will benefit both China and all states participating in the rising trade along the new Silk Roads.”

While growing passport strength seems inevitable for some countries, uncertainty abounds for others, as protracted Brexit negotiations continue. Last Thursday, EU leaders agreed to a request to delay the Brexit process, with a new conditional deadline set for mid-April.

Although the outcome remains unknown, Florian Trauner, research professor at the Institute for European Studies at the Free University of Brussels, pointed out that the process has not yet affected the UK’s standing on the Henley Passport Index.

“Post-Brexit, it is likely that UK citizens will retain their (short-stay) visa free travel for the Schengen area. If the UK and EU manage to maintain a close political and trade relationship, the actual impact of Brexit on the travel freedom of British citizens may remain limited. However, the picture may change with regard to long-term mobility given that the free movement rights for UK citizens in the EU (and vice versa) will cease to apply.”

Meanwhile, overall passport strength of countries with citizenship-by-investment (CBI) programmes is another of the index’s success stories. Malta currently sits in eighth spot, ahead of Australia, Iceland and New Zealand, and Montenegro, which is due to launch its CBI program soon, has climbed 19 places since 2009 to 43rd place with a visa-free/visa-on-arrival score of 143.

Moldova has jumped 21 places over the past decade and is now in 45th place on the index with holders able to travel to 121 global destinations visa-free.

Afghanistan and Iraq remain at the bottom of the ranking with a score of just 30, a position they have occupied throughout the index’s 14-year history.