As the Hong Kong economy heads towards a perfect storm of escalating China-US trade war and worsening domestic political unrest, the uncertainty of what comes next is keeping many businesses on the edge. The question is no longer about whether tourism would be affected, but how deep this crisis would cut the once-thriving sector. 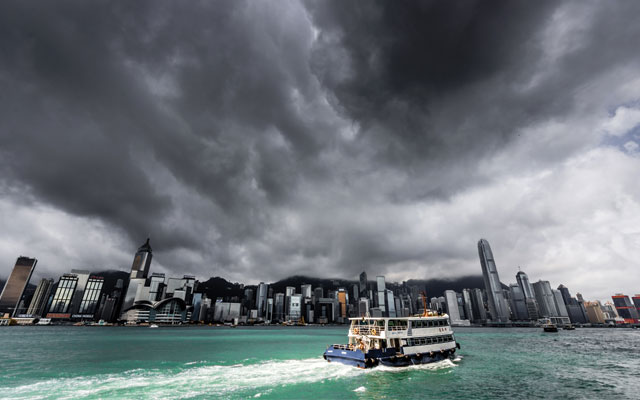 For a city that is no stranger to strong typhoons and rain storms, the unprecedented political and social turmoil currently roiling across Hong Kong is seeing no end in sight, dealing a heavy blow to a wide range of economic activities including retail and tourism.

Since June this year, the semi-autonomous Chinese city – which is ruled under a “one country, two systems” policy until 2047 – has been rocked by ongoing protests, sparked by the now-suspended extradition bill.

In recent weeks, clashes between protesters and police have become more frequent and violent with heavy rounds of tear gas, and have affected tourist districts including Tsim Sha Tsui, Mongkok, Causeway Bay and Admiralty, severely undermining the image of prosperity and safety that Hong Kong is once known for.

The shutdown of Hong Kong International Airport (HKIA) on August 12 and 13 was a further setback to the city’s reputation as a travel and business hub, as protesters blocked check-in counters and prevented visitors from entering the departure hall, resulting in massive flight cancellations and service disruptions.

These destabilising protests have clearly taken a toll on tourist arrivals to Hong Kong. Preliminary government statistics showed the drop in tourist arrivals had accelerated from a significant 4.8 per cent year-on-year in July to a sharp 30 per cent in the first half of August.

Travel Industry Council’s (TIC) chairman Jason Wong. He said: “So far, cancellations have come from shorthaul markets like South Korea, Taiwan, Thailand, Japan and the Philippines as summer is their typical peak seasons, while group traffic has plunged 30-40 per cent. Even China’s robust tourist growth in the first six months of 2019 has been offset by declining and/or negative growth that started in July and August.”

It’s likely that potential visitors are now bypassing Hong Kong for other Asian destinations, so impacts on the longhaul market may only be more pronounced “in the next few months when bookings begin for 2020”, Wong told TTG Asia.

Like Wong, Buffalo Tours’ country manager for Hong Kong and China Sandy Ho also foresees more cancellations from longhaul markets in the coming months if the crisis is not contained soon. Already, some 28 countries have issued travel advisories to Hong Kong (as of mid-August), further dampening travellers’ confidence in the territory as a destination choice.

Ho explained: “As the booking lead time (for longhaul markets) is long, clients are currently looking for programmes in the next season or year. Booking traffic is slower with a 30 per cent drop recorded.”

Hong Kong’s hotels are struggling to cope with the drastic decline in visitor numbers in recent weeks.

Speaking to TTG Asia in mid-August, Rebecca Kwan, chairman of the 130-member Hong Kong Hotel Association (HKHA), said that occupancy and room rates in July for members near protest sites like Central and Western District saw a double-digit decrease, while overall yield fell over 10 per cent.

She estimated that hotels’ performance would worsen. “The situation for August is not promising due to a mix of unfavourable factors like widespread demonstrations, many of them of a more radical style than we are accustomed to, and additional travel advisories issued by overseas countries,” she said.

“The only silver lining for hotels is that premises near HKIA tapped more airline crew business as the crew sought to avoid downtown traffic problems caused by street demonstrations.”

If the dire situation continues, Wu fears that the current political unrest would cause more damage to Hong Kong tourism than the 2003 SARS epidemic that decimated investor confidence.

“As yet, there is no light at the end of the tunnel since nobody knows how long the protests will last,” he remarked. “To survive, I reckon large-scale agents and hotels will suspend hiring part-time employees while asking full-time staff to clear their leave before implementing no-pay leave. Freelance tour guides and coach bus drivers, specially those serving HZMB, are also at risk.”

Kwan also questioned: “Typical practices like redundancy or no-pay leave are temporary cost-saving measures, but the key to the problem is really how long will this last?”
And without an end to the crisis in sight, CTSHK Metropole International Travel Service’s deputy general manager George Kai accepts that it’s futile for the travel trade to roll out any recovery measures.

“It’s hard for the Hong Kong Tourism Board to implement any remedial actions now as nobody knows what will happen next. There is no point in wasting promotional effort and resources before the crisis is resolved,” he remarked.

For now, the uncertainty is disruptive enough, but analysts are not painting a positive picture of what might happen next.

Corporate risk consultancy Steve Vickers and Associates (SVA), in its recent update issued on August 13, wrote: “No early resolution to the unrest seems likely, not least given the absence of any visible dialogue aimed at alleviating tensions.”

SVA foresees the protests to continue over the next two months, but with a likely reduction in the numbers of protesters in September as students return to university. “The protesters’ tactics, though, may change as the numbers of demonstrators falls; the use of flash crowds, and increasing violence, can be anticipated,” it added.

But with anti-government protests entering its third month in end-August, SVA suggests that the Chinese government “is unlikely to permit the current instability to extend as far as the 70th anniversary celebrations on October 1, 2019. This date may be a ‘drop dead’ deadline.”

Even as the immediate outlook appears bleak for Hong Kong, industry members believe that the city – which has prided itself for its entrepreneurial and can-do spirit – can certainly rise again.

Aliana Ho, who led Hong Kong Disneyland Resort’s sales and distribution marketing teams in Asia-Pacific before her retirement in 2014, said: “In the past 60 odd years, Hong Kong citizens have invested significantly in building up the city’s intangible tourism equity. Coupled with our unique history, world-class infrastructure and convenient accessibility, Hong Kong has emerged as one of the top travel destinations in the world.

“There have been a few major crisis along the way, but every time Hong Kong surfaced even stronger and better than before.

“I am confident that the Hong Kong tourism industry, with its well-built global network, strong leadership, passion and resilience will be able to ride through the current crisis to re-establish Hong Kong as a safe and welcoming destination.”

The sun will always shine after a storm, and when Hong Kong is finally able to emerge from this crisis, what will its future hold? Will it regain its former standing as a thriving global business and travel hub again? And will small- and medium-sized businesses, which make up a sizeable chunk of Hong Kong’s tourism sector, be able to ride out the storm?