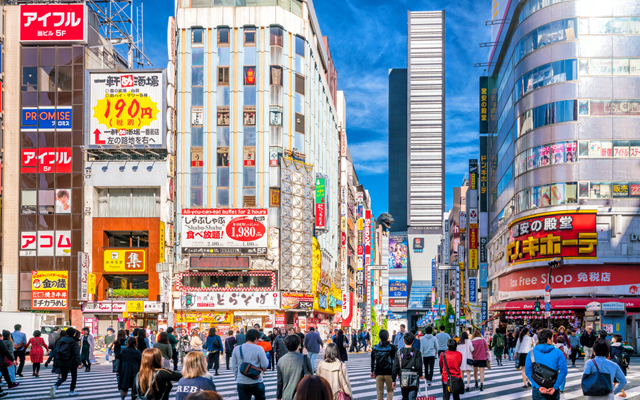 Asia-Pacific’s five most popular destinations for international travellers – Bangkok, Singapore, Kuala Lumpur, Tokyo and Seoul – captured more than one-quarter, or 25.2 per cent, of total international travel spending in the region, based on findings from Mastercard’s 2019 Asia Pacific Destinations Index (APDI).

Primarily driven by explosive growth in outbound travel from mainland China, these five cities also accounted for one-fifth, or 22 per cent, of all overnight visitors to the region’s top 161 cities and regional centres last year.

In 2018, Asia-Pacific hosted travellers making 342.2 million business and leisure trips, up from 159.1 million in 2009, representing an 8.9 per cent compound annual growth rate (CAGR) over the nine year period. During the same period, travel spending in Asia-Pacific more than doubled, rising from US$117.6 billion to US$281.1 billion, equating to a compound annual growth rate of 10.2 per cent.

Mastercard’s 2019 APDI highlights four key trends that are shaping the future of travel in the Asia-Pacific region:

1. Mainland China continues to exert the greatest influence over travel patterns and expenditure flows. Overnight arrivals of mainland Chinese travellers in Asia-Pacific markets surged from 10.5 million in 2009 to 62.4 million in 2018 – a 21.9 per cent CAGR over the period. Notably, mainland China is amongst the top three source markets of outbound travellers for 82 cities in Asia-Pacific, or more than half of the 161 destinations in the APDI.

2. Japan is now the hottest destination in Asia. For the second year in a row, Japan is the only market in the APDI to command 25 per cent of Asia Pacific’s top 20 destinations, with Okinawa nudging out Kyoto to join the list for the first time, alongside Tokyo, Osaka, Hokkaido and Chiba. Okinawa is one of the region’s fastest-growing destinations, skyrocketing 109 places since 2009. Less-travelled cities such as Oita, Hiroshima, Fukuoka, Kyoto, Gifu and Nagano have also seen significant jumps in the rankings, all earning a spot in the list of the region’s 10 fastest-growing cities by number of visitor arrivals. This overall uptick in travel to Japan is set to grow further, with Tokyo forecasted to benefit the most from the 2019 Rugby World Cup and 2020 Olympic Games.

3. Vacation destinations prevail over the fastest-rising cities. While Japanese cultural centres top the list of the 10 fastest rising cities, the bustling industrial hub of Ludhiana in India’s northern state of Punjab claims the second spot, having jumped 78 places in the index since 2009. Dubbed the “Manchester of India” for its production of textiles and hosiery, Ludhiana is the only industrial city in this list of fast-risers. Sri Lanka’s coastal getaway Galle ranks ninth, having climbed 54 places in the rankings since 2009, while China’s panda capital Chengdu rounds out the rankings, coming in tenth after jumping 50 places in the last nine years.

4. While many Asia-Pacific destinations are basking in the growth led by mainland Chinese travellers, South Korea and Japan are also noteworthy as the next biggest Asian origin markets fuelling rising travel expenditure and overnight arrivals across the region. Top contributor mainland China accounts for 18.2 per cent of international overnight arrivals within the region, while South Korea contributes 9.1 per cent and Japan makes up six per cent. Another source market to watch is India, home to the world’s second largest population. In 2018, India waved off 14.9 million outbound travellers, of which 49.3 per cent visited destinations in Asia-Pacific. Their most favoured Asia-Pacific destinations were Singapore, Bangkok, Kuala Lumpur, Pattaya and Bali. With its growing middle class, and population of 1.3 billion people, India’s potential to shake up future APDI rankings cannot be overlooked.

Rupert Naylor, senior vice president, data & services, Asia Pacific, Mastercard, said: “While mainland China serves as a focal point for Asia-Pacific’s top destinations, there are also bright spots in South Korea, Japan and India. As travellers from these markets continue to increase by remarkable percentages year over year, it is imperative that we bring together resources from both the public and private sectors to help tourism partners better understand commerce patterns and deliver attractive experiences for eager travellers from across the region.”