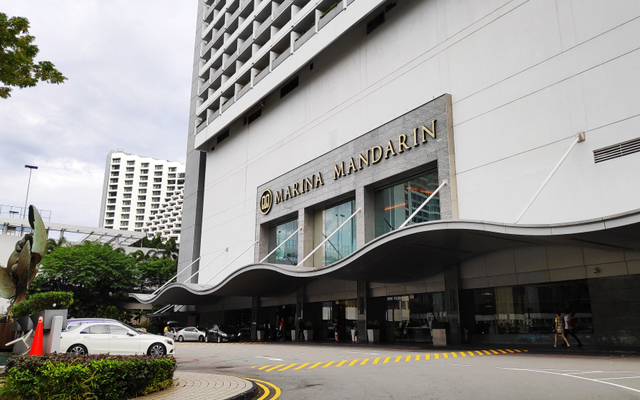 Marina Mandarin Singapore will be rebranded into Parkroyal on Marina Bay, following the signing of a hotel management agreement between Singapore-based property company UOL Group with Pan Pacific Hospitality, a wholly-owned subsidiary, and Aquamarina Hotel (AHPL), a subsidiary of United Industrial Corporation (UIC).

With the rebranding on January 1, 2020, UOL, through wholly-owned subsidiary Pan Pacific Hotels Group Limited (PPHG), will be anchoring two of the three upper upscale hotels in the mixed-use Marina Square complex that also comprises the 527-room Mandarin Oriental Singapore, on the opposite side of Raffles Boulevard.

The rebranding follows the completion in April of acquisition of additional shares in Marina Centre Holdings (MCH) and AHPL by UOL’s subsidiary UIC and MCH respectively. With the acquisitions, UOL and UIC now have full control of the Marina Square shopping mall, the 575-room Marina Mandarin Singapore and the 790-room Pan Pacific Singapore.

Parkroyal on Marina Bay will be refurbished to give the interior – including its over 4,700m2 of shared event space with the neighbouring Pan Pacific Singapore – a nature-inspired look.

UOL group chief executive Liam Wee Sin said: “There are strong synergies in having two hotels in this prime location and it allows UOL Group to contribute to the rejuvenation of the Marina Bay precinct with a more vibrant public space. As owner-operator, there are clear opportunities to reposition the hotel as a product that is inspired by landscape and greenery, similar to our Parkroyal on Pickering.

“This hotel refreshment will form part of our overall plans to explore suitable enhancement of the Marina Square complex together with UIC, thereby unlocking value for the asset as well as enhancing the brand positioning for PPHG, he added.

With the addition of Parkroyal on Marina Bay, PPHG will own and manage more than 3,000 rooms across nine hotels and serviced suites in Singapore, according to the group’s executive vice president Neo Soon Hup.

In addition, the 206-key Pan Pacific Orchard is being redeveloped into a 350-key hotel, which is envisioned as a sustainable garden icon when it opens in 2021.