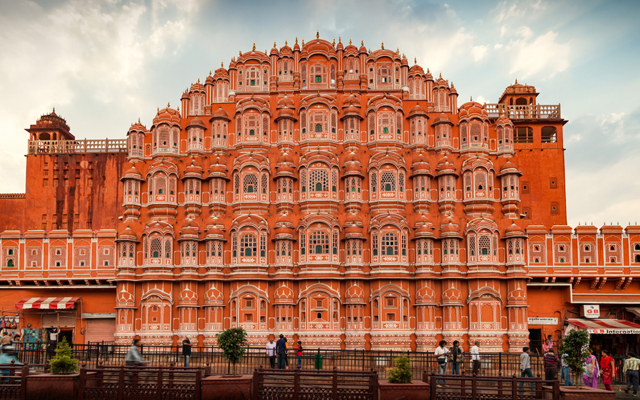 Recognising the growth potential of the Philippines as a visitor source market, India’s tourism authorities are now intent on building up destination awareness through its initial marketing efforts in the South-east Asian nation.

Manila, alongside Hanoi and Jakarta, made up the first ASEAN leg of the Incredible India roadshow held this week. The countries were picked for their inbound potential to India, as well as their common heritage, background, values and family systems, said Gyan Bhushan, economic advisor of India’s Ministry of Tourism (MOT).

Bhushan said that the tourism ministry aims to promote India through tie-ups with the media and tour operators, digital campaigns like the new Incredible India mobile app, as well as various product segments ranging from health and wellness to festivals targeting a wide spectrum of travellers.

Having welcomed 50,000 Filipinos into the country last year, Bhushan thinks India is on track to see a doubling of the figure in three years. A direct Manila-New Delhi flight, which has been put on hold since Philippine Airlines temporarily suspended its launch, would help boost tourism exchange between the two countries, given that 100,000 Indian tourists visited the Philippines last year.

Sudeshna Ramkumar, assistant director of India’s MOT, noted that Vietnam’s connectivity to India will also be enhanced from October when Indigo Air flies direct from Calcutta to Hanoi and Ho Chi Minh City, and VietJet flies from New Delhi to the two Vietnamese cities from December.

Allaying safety concerns, Ramkumar said tourists in most parts of India can now call the 24-hour hotline 1363 in 12 different languages to obtain information. She added that tourist police have been deployed in 14 states to ensure the safety and security of tourists.

Imelda Cruz, general manager of Philippines-based The Marvels of Travel, said that India is a great, exotic destination for travellers who have already been to Asia. She added that in the absence of a direct flight, travellers can catch flights to India from Singapore, Bangkok and Hong Kong.

Cruz said that although they’re just starting to promote India, they are already getting inquiries about luxurious tourist trains Maharaja Express and Palace on Wheels, and also from FITs.

Philippines-based Rakso Travel’s team leader, international tour operations, Louise de Ocampo, said that given that their all-in-packages include five-star hotels with private cars, the costs of travelling in India is cheaper than Japan, another popular destination among Filipinos.

De Ocampo said a favourite tourist attraction among Filipinos is India’s famed Golden Triangle comprising Delhi, Agra and Jaipur, but the roadshow offers them information about other attractions, including those in the northern states.

The travel agency’s clients are usually leisure groups and FITs with a sprinkling of MICE, who usually stay in India for eight days of leisure activities, or five, if the tour is limited to the Golden Triangle, she added.

Manila-based Shroff International Travel Care’s managing director Arjun Shroff said that there has been a slight increase in the number of Filipino operators looking to sell packages to India which he said surpasses other destinations like Myanmar, Sri Lanka and the Maldives in terms of “exoticness”.

Shroff said that India’s MOT’s move to offer flexible e-visas for over 160 countries based on tourist footfall from September or October will help attract more tourists to India.