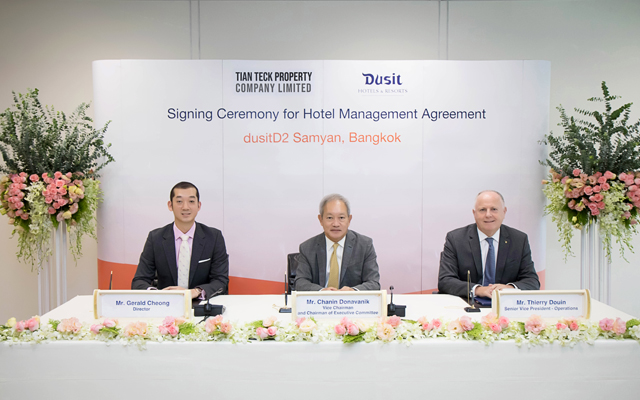 Dusit International has signed a hotel management agreement with Hong Kong-based Tian Teck Property to operate dusitD2 Samyan Bangkok, which will be the first dusitD2 branded property in Bangkok.

Slated to open in June 2023 on Si Phraya Road, a thoroughfare which runs parallel to Silom and Sathorn Roads in Bangkok’s CBD, the new hotel will boast 181 guest rooms across 23 floors. The hotel facilities will include a lobby bar, a swimming pool with children’s pool, a fitness centre, an all-day dining restaurant and a large meeting room for business travellers.

Dusit International’s property portfolio comprises 271 properties (nine owned and 260 managed) operating under six brands across 13 countries. The company has more than 50-Dusit branded hotels in the pipeline and expects to open at least 10 to 12 hotels per year in key destinations from 2019.