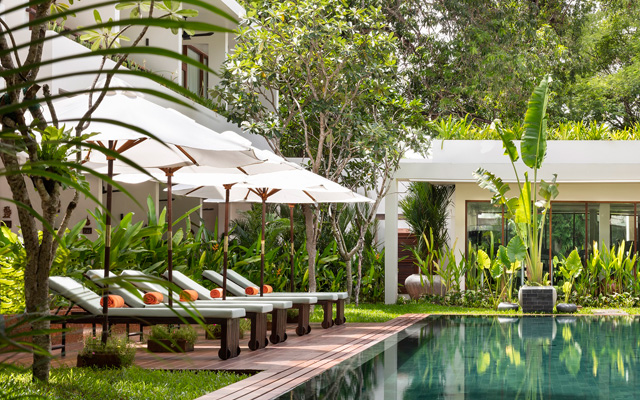 Hotel Soloha, Singapore
Boasting 45 rooms, Hotel Soloha is the latest art-driven hotel to open in Singapore’s Keong Saik neighbourhood. Artworks featured in the hotel lobby, lift-shaft and rooms were created by local artists Ethrisha Liaw and Danielle Tay. The boutique hotel also boasts four social spaces that can be transformed into event spaces, ranging from the al fresco courtyard for 20 pax, to the indoor F&B space for a maximum of 30. While the hotel also has its own eatery, the Takeshi Noodle Bar, the Keong Saik area is also home to a number of bars, restaurants and shops.

Ritz-Carlton, Xi’an, China
A Ritz-Carlton now stands in Xi’an, the ancient provincial capital of Shaanxi Province in central China. Located in the business centre of the city’s Gao Xin District, the hotel offers 283 guestrooms including 31 suites. Recreational facilities at the hotel include a fitness centre, yoga studio, and The Ritz-Carlton Spa which specialises in treatments steeped in Chinese traditions. There are also five dining experiences on-site, ranging from the Japanese teppanyaki restaurant Tasuro to Jing Xuan Cantonese outlet. Event planners may avail the more than 2,780m2 of space available, which includes several multifunction rooms, as well as a Grand Ballroom for up to 900 guests. Travelodge Myeongdong Euljiro, South Korea
This select-service hotel in the heart of Seoul’s tourism district offers 224 rooms in three categories – Standard Twin, Superior Twin and Superior Double. Other amenities include The Lodge Restaurant, which guests can use as an all-day social and working space, high-speed complimentary Internet, 24-hour fitness centre and self-service laundromat. This is the group’s second hotel in the South Korean city. Swiss-Belhotel Serpong, Indonesia
Swiss-Belhotel International has opened an upscale hotel within the Intermark mixed-use development in Serpong, 21km south-west of Jakarta. The 107-room hotel has on-site amenities such as a spa, gym, an outdoor swimming pool, a lounge and bar, and the all-day restaurant Swiss-Café. There are six function spaces, with the largest being a 670m2 ballroom that can hold up to 1,000 guests, and five other meeting rooms that can accommodate between 15 and 100 pax.