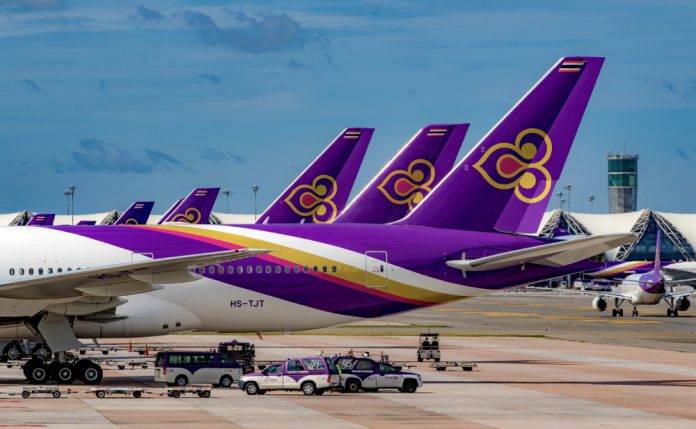 Thai Airways International (THAI) has announced strategies to step up efforts to reduce expenses and increase revenue as the carrier seeks to stem losses in the second quarter.

A slew of external crises, such as the strong baht, US-China trade war, sluggish global economic and the closure of Pakistani airspace, had affected the airline as tourists numbers declined and customer purchasing power reduced, in addition to delayed engine repairs by the manufacturer, the airline said in a statement.

Even though THAI implemented cost-control measures that has brought down the total cost than the previous year, the aforementioned external factors caused the airline to incur an increased net loss in the last quarter similar to other airlines amid a competitive marketplace, according to THAI president Sumeth Damrongchaitham.

In response, THAI management has “brainstormed ideas to establish guidelines to increase revenue and reduce expenses quickly”, which are outlined as follows:

THAI also adjusted its work structure with THAI Smile Connectivity to be centralised in order to increase passenger convenience and implement corporate business ethics throughout the organisation as well as strengthen unity, which is part of the whole #SaveTG master plan.

Sumeth said: “With these afore-mentioned strategies, we believe that THAI will return to its position as one of the top world class airlines, although not as soon as we hoped.”