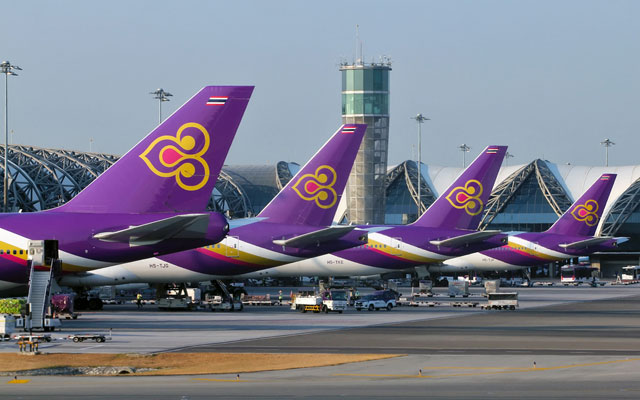 The Thai cabinet on Tuesday approved the ailing state enterprise Thai Airways International (THAI) to file for bankruptcy protection at the Central Bankruptcy Court to rehabilitate its business in the face of Covid-19 disruptions, evaporating liquidity and insurmountable debt, ending all possibility that the airline will receive any financial assistance from the government.

THAI will also file for Chapter 11 in the US.

The bankruptcy court will oversee the rehabilitation process and appoint an administrator with the consent of THAI’s creditors. The decision will help the flag carrier avert bankruptcy and save it from furloughing its entire workforce of over 20,000.

However, as the Ministry of Finance, THAI’s largest shareholder, will reduce its stake in the airline from the current 51 per cent to below 50 per cent to transform THAI into a limited company, THAI staff will no longer be protected by the State Enterprise Labor Relations Act. Given the airline’s cripplingly low employee productivity compared with other leading regional flag carriers, the action may lead to a 25 per cent dismissal of its workforce by 2022 as THAI seeks a new path toward profitability.

The bankruptcy protection may also empower THAI to delay its 150 billion baht (US$4.7 billion) purchase of 38 new airplanes from Boeing, negotiate for debt cuts, convert its debt into equity, minimise costly sale of tickets through traditional travel agents, and replace its board of directors – currently filled with civil servants and air force generals – with professional, seasoned business executives.

Despite the process now in play, acting THAI president Chakkrit Parapuntakul on Tuesday issued a press release clarifying that the airline will continue operating as permitted by the ongoing Covid-19 restrictions. THAI is currently scheduled to resume flying passengers after June 30.

THAI has been loss-making every year since 2013, except in 2016 when a small profit of 15 million baht was reported. According to its latest financial report, the airline’s assets amounted to 257 billion baht at the end of last year while its total liabilities were 245 billion baht. Its current liabilities of 84.4 billion baht far exceed its current assets of 49.5 billion baht, hindering its debt servicing ability. Its debt-to-equity ratio stood at the calamitous 21:1.

THAI’s shareholders’ equity, valued at 11 billion baht at the end of 2019, is now decimated by the projected loss of 18 billion baht in the first half of this year, reports the Bangkok post.

Following this landmark cabinet’s decision that ended months of speculation and years of ineffective business rehabilitation plans, THAI stock has jumped by more than 14 per cent, a reversal of a decline of more than 89 per cent since a peak in May 2013.