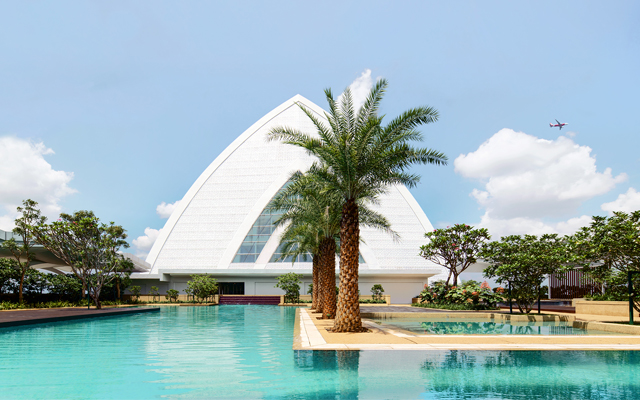 The accreditation, the combined work of the Department of Standards Malaysia and ITC, is said to be the only recognition of its kind in the world issued by a government agency.

ITC’s director general, Abdul Khani Daud, said: “The Muslim Friendly Accommodation Recognition is a continuation of the Star Ratings conducted by the Ministry of Tourism, Arts and Culture (MOTAC). Most of the Muslim-friendly components already existed in the Star Ratings criteria. It emphasises elements such as the hotel providing at least one halal-certified restaurant; conducive facilities such as prayer mats, qibla direction, and daily prayer time information; and segregated swimming pools, spa and gymnasium.”

By the end of this year, Abdul hopes that all hotels in the Klang Valley will be rated. He was also quick to point out that most hotels in Malaysia are already Muslim-friendly, but have yet to be given the Muslim Friendly Accommodation Recognition.

“The Muslim Friendly Accommodation Recognition by MOTAC through ITC is one of the strategies in assisting hoteliers to market their premises to the Muslim market,” Abdul added.

Malaysian minister of tourism, arts and culture, Mohammadin Ketapi, said: “The implementation of the Muslim Friendly accommodation recognition is an important initiative to empower the tourism industry, especially the segment on Islamic tourism. It would give Malaysia an edge in attracting more tourists from the Middle East, which are the biggest spenders in Malaysia, as well as Muslims from elsewhere.”

The tourism minister views the Islamic tourism sector as “one of the high potential market segments” for Malaysia, which welcomed an estimated 5.2 million Muslim tourist arrivals in 2018.

Mohammadin noted: “Malaysia has been in pole position for nine consecutive years in the Global Muslim Traveller Index by MasterCard and Crescentrating, (both reports which study) the patterns and trends of Islamic tourism globally.

The index estimates that Muslim travellers will reach 160 million worldwide by 2020, and will increase to 230 million by 2026.