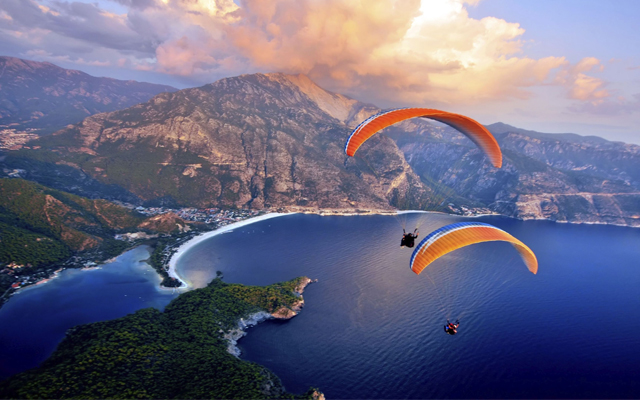 The next generation of global travellers Gen Z (aged 16-24) have ambitious bucket lists, travel itineraries packed with adventure, and overall, cannot wait to experience the world, according to global research undertaken by Booking.com.

With almost 22,000 respondents across 29 markets, the research further revealed that this is the generation that is most excited and optimistic about their future travel plans, are prepared to go at it alone, and prioritise travel spending over material possessions.

Ambitious Adventurers
While many Gen Zers have only just come of age they most certainly already know what they want when it comes to their travel plans.

Ready to Go Solo
Many young travellers are already stepping out into the world with their family, with two fifths (42%) of Gen Z travellers indicating that they mainly do it because it allows them to go on trips that they would not otherwise have the funds for. But as Gen Z looks to fly the nest, they’re keen to do it alone.

Already Champions of the Bucket List
Over two thirds (69%) of Gen Z have already compiled a travel bucket list (a list of things to do or see before they die), with this figure rising to 74% across Gen Z females (vs 64% men).

Reasons for having a travel bucket list are varied:
– Daydreamers: Over two fifths (44%) say it’s because they enjoy thinking about all the places that they’re going to travel to in their life
– A never-ending list: Nearly one quarter (23%) say they get satisfaction from travelling to places on their bucket list as soon as possible so they can begin adding more new places. In fact, nearly a third (32%) of Gen Z plan to have checked at least five epic trips off their bucket list in the next 10 years
– Keeping on top of great destinations: Nearly one quarter (23%) say that having a bucket list helps them keep track of amazing places to travel to that they’ve never heard of before
– Inspired by Instagram: 44% have been inspired to make their own adventures by seeing influencers’ trips online

Having a travel bucket list doesn’t just reveal an intention to travel to new places, it also provides a deeper insight on the generation’s broader travel behaviours. For the 31% of Gen Z without a bucket list, the reasons also vary:

Travel vs Life Goals
Gen Z have grown up in a world where over the last decade or so, global financial and economic turbulence has become almost the norm, and so understanding their stance on finances (specifically how they plan to spend their money over the next five years), is a useful barometer for their overall outlook on life.

Six in 10 (60%) Gen Zers think that travel is always worth investing in. And when it comes to prioritisation, “travel and seeing the world” is ranked as most important to this generation when thinking about how they spend their money (65%). Saving for ‘life’s biggest investment’ (property) came a close second and interestingly, more material possessions ranked lowest.

Unpacking Gen Z priorities
When questioned about how they’d prioritise spending their money, travel came out top in five out of seven choices for Gen Z, especially when compared to material possessions or more fleeting experiences. Travel ranked above the likes of furniture and homewares, clothes and fashion, tech and gadgets, eating at restaurants and spa and beauty treatments.

Out of office: on
Whether still contemplating their future vocation, or have just ventured into the workforce, the notion of a career is still pretty fresh, so its unsurprising that Gen Z rank getting a job as their most important life experience (80%).

But with travel being such a passion point for this generation, prospective employers should take note, as 54% of Gen Z say the opportunity to travel for work is important when selecting a job and nearly six in ten (57%) say a job where they get to experience other cultures is attractive to them.

“As the first generation of digital natives comes of age, it’s exciting to see this research reveal that Gen Z travellers are a determined generation whose excitement to explore means that they have mapped out many of their future travel plans already,” said Ram Papatla, vice president of global experiences at Booking.com.