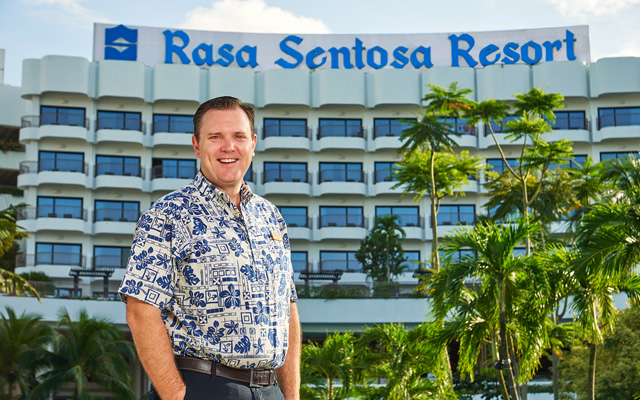 The Australian native is a seasoned hotelier who brings over two decades of extensive hospitality experience to the role. Weightman was most recently general manager of Shangri-La’s Tanjung Aru Resort & Spa, Kota Kinabalu, and previously held roles in Shangri-La hotels and resorts around the world, including Fiji, Australia and Malaysia.

He is supported by Nick Flynn who recently assumed his role as resident manager of Shangri-La’s Rasa Sentosa Resort & Spa, in early 2019.

Flynn was in a similar role at Shangri-La’s Rasa Sayang Resort & Spa, Penang and previously helmed the kitchen, and F&B departments in various hotels in Australia, Abu Dhabi and Doha.