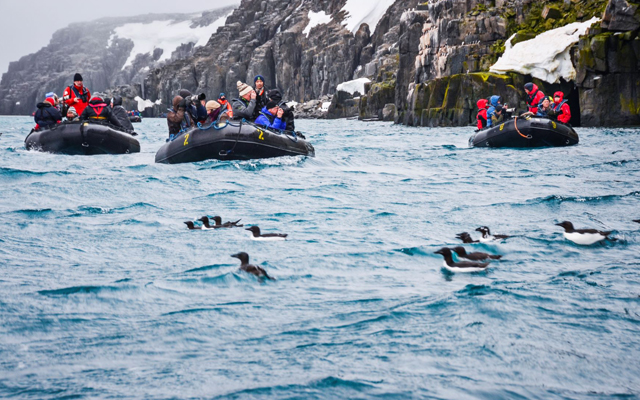 Singapore-based Dynasty Travel has unveiled a new expedition cruise in The Arctic, adding to its Antarctic programme announced earlier last year in its push to roll out more ‘experiential’ tour offerings.

Sailing from Svalbard – the last stop before the North Pole – the seven-night expedition cruise will be onboard the Ocean Atlantic, one of the few ice-class expedition ships built to withstand the North Pole’s pack ice. It will sail as close as possible to the pack ice from the North Pole north of Svalbard.

Wildlife such as birds, polar bears, reindeer and arctic fox can be spotted, and zodiacs allow for travellers to have frequent shore landings and go on exploratory mini cruises in fjords.

Dynasty Travel can also arrange for 16 days and 18 days Svalbard Expedition, pre- or post-tours which comprise land travel to Norway’s Lofoten Islands and fjords. Prices for the pre-post tours start from S$15,888 per person.