More are converting heritage or family properties into hotels, drawn to new opportunities at a time when travellers are seeking a taste of local hospitality. By Suchat Sritama 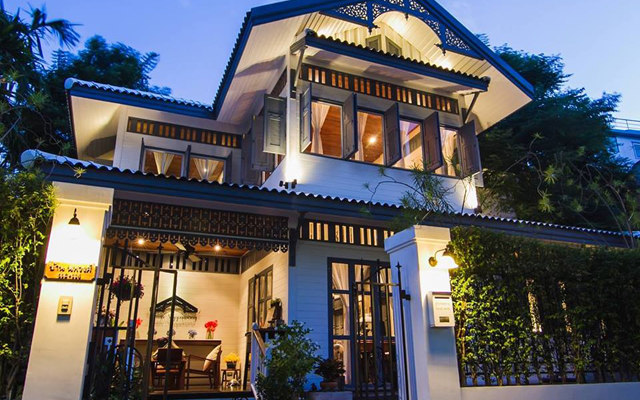 Recent relaxation of laws governing conversion properties has prompted a spate of small hotel openings in Thailand, among which are residences and heritage buildings.

The concept of boutique hotel appeared in Thailand for the first time 30 years ago, when Thais returning from their education overseas began turning their own properties into tourist accommodation.

It is estimated that hundreds of new operators are have in recent years entered the market, with many more scheduled to open their doors in 2020.

Major factors driving the growth include the relaxation of a hotel law that will allow old building owners to repurpose their properties into tourist accommodation and more easily obtain the necessary licences.

Despite many Thai destinations already grappling with an oversupply, new boutique players believe they can survive in the market with their relevant, innovative and differentiated offers.

CEO Kittisak Pattamasaevi shared that the hotel offers a sense of heritage and place in a neighbourhood that once formed part of a commercial district in the Bangkok old town.

Down the line, the group intends to tap into its expertise to focus more on F&B and intimate private events.

Another example of a repurposed hotel is Bangkok Publishing Residence, a museum-slash-hotel which opened its doors two years ago in a shophouse that used to house the publisher behind the long-gone Bangkok Magazine.

With only eight rooms, priced between 5,800 (US$181) and 7,800 baht, the hotel sees good demand despite not accepting walk-in guests. Guests mostly hail from the US, Europe, China and Taiwan.

General manager Panida Tosnaitada said: “Our family never ran a hotel before, but we are confident (of achieving success) if we can serve and understand client’s needs.”

Changes in consumer preferences is also boding well for business. Panida observered that more tourists are choosing not to stay in big hotels, instead preferring to experience more authentic local hospitality and culture.

Staporn Sirisinha, founder of Serene Bangkok Bed and Breakfast, agreed. “There are so many big hotels in the market, but not all meet the taste of tourists. Today’s travellers are seeking experiences, (not just in their tour itineraries), but also when it comes to accommodation,” Staporn said.

His four-room hotel also offers spa treatment. He sees half of business coming from domestic guests and the other half from international travellers.

Kantasom Noppawong Na Ayudhaya, started operating a hotel within an 80-year colonial-style house in Bangkok’s old town six years ago. He is the third generation occupant of the home, but the first to run a hotel business.

At Baan Noppawong Hotel in old Bangkok, whose room rates vary between 2,000 and 2,500 baht, some 80 per cent of guests hail from the US and Europe.

In Bangkok’s Huaykwang district, another creative hotel named MeStyle Garage launched in 2018. All 75 rooms are decorated with car parts and accessories while classic cars, engines and motorbikes are displayed in public areas.

Beyond Bangkok, small hotels and poshtels have also gained popularity in other tourist cities. An example is Nhapha Khao Yai Resort in Nakhon Ratchasima province.

Managing director of the resort developer, Kawit Koudomvit, said all 10 villas are built on an old mining cliff. Each unit is priced over 8,000 baht including meals – higher than most room rates in Bangkok, Chiang Mai, Pattaya and Hua Hin.

The domestic market makes up 70 per cent of business, with the remaining guests hailing from Singapore and Malaysia.