From north to south, Bali is seeing a flurry of new developments and plans, all with the aim of uncovering new markets and opportunities for the popular island destination, writes Mimi Hudoyo 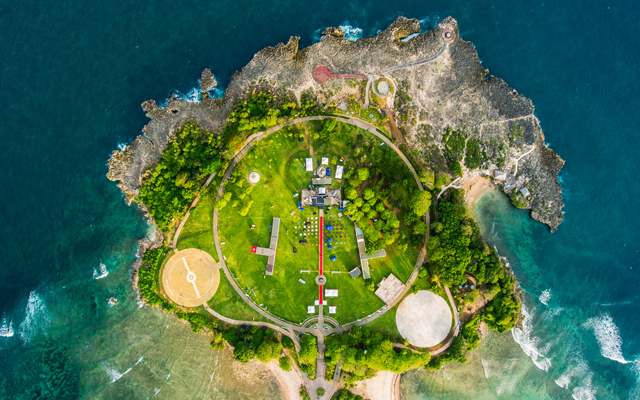 Despite being an established destination on the regional travel map, private investors as well as state-owned enterprises alike continue to see tourism opportunities on the Island of the Gods, rolling out a flurry of new infrastructure and attractions.

A major project underway in Sanur is the overhaul of the 58-year-old Grand Inna Bali Beach, as owning company Hotel Indonesia Natour (HIN) has unveiled plans to remake Bali’s first five-star hotel into an integrated resort.

To be renamed Hotel Indonesia Bali, the 43ha estate will comprise the existing 525-room hotel and garden villas – which will be renovated and expanded – a new mid-scale hotel opening next year with 166 keys, a convention centre with a capacity of 10,000 guests, a lifestyle art market, an eco-park and a pier.

The whole project is targeted to finalise in five years with a total investment of Rp2.8 trillion (US$197.2 million). When ready, the resort will boast a total of 1,017 keys, comprising 943 rooms in three- to five-star categories, 73 premium villas and one presidential villa.

The redevelopment of the Grand Inna Bali Beach, whose last renovation dated back to 1993, would enable the historic property to better keep up with the competition, according to Iswandi Said, president director of HIN.

Recognising the estate’s valuable asset, location and potential, Indonesian president Joko Widodo has instructed the revitalisation of the hotel, and minister of state enterprises Rini Soemarno came up with the idea of turning it into a small-scaled integrated resort.

Iswandi remarked: “Hotel Indonesia Bali will not only provide a new convention destination in Sanur, it will become a new icon for Bali with all its facilities.”

While acknowledging that Sanur’s laid-back character has been its asset in attracting senior travellers from Europe and long-staying visitors, Iswandi said the new development is critical for the destination to accommodate and tap onto other market segments, particularly business events and leisure travellers.

In the meantime, state-owned Indonesia Tourism Development Corporation (ITDC) is in the process of drawing up a new masterplan for Nusa Dua, a 350ha integrated tourism estate on Bali. With the refined masterplan, the resort is expected to attract not only MICE businesses but also the leisure market.

Ricky Baheramsjah, head of investment and marketing division at ITDC, said: “With the re-master-planning, ITDC intends to revitalise Nusa Dua and offer something unique and differentiated from other destinations in Bali.”

“When you look at the type of new hotel brands coming into Bali such as W, Aloft and Moxi, (they are different from the earlier types of hotels); even established hotel brands like Four Seasons and St Regis are repositioning themselves to attract a new generation of travellers.

“Travellers are looking for something different. A lot of the guests in Nusa Dua may stay in the area from morning until lunch time, and then they would head out and seek out entertainment like the Rock Bar, and Omnia or other trendy, bohemian-type attractions. We want to offer something of similar feel and quality but still maintaining our high-end luxury position,” he said.

While MICE will remain a key market for Nusa Dua as the area is home to two major convention centres, Ricky said focus will now be given to the leisure market too.

“For the hotels, leisure is part of their business too. In order for us to be competitive in the leisure market, we need to provide a more interesting and entertaining proposition, (offering more fun activities) in Nusa Dua.”

While the new masterplan for Nusa Dua may not be ready until the year-end, some “revitalising” programmes have been introduced.

The peninsula area, for example, has been landscaped in such a way to be able to host large-scale events.

Recent launches that will appeal to investors include the launch of the Manarai Beach House, a beach club run by the Ismaya Group, pointed out Ricky.

“With the investors, we are also looking at revitalising the Bali Collections (shopping, dining and entertainment centre), to make it more attractive to the new market,” he added.

Meanwhile, ITDC is already in the early stages of developing north Bali as a cruise tourism destination, with plans to develop a resort similar to Nusa Dua with about 10 to 12 hotels, F&B and entertainment facilities, a marina or a proper cruise terminal. The resort will stand on a 100ha piece of privately owned land, expandable to 250ha, near Menjangan National Park.

Ricky explained: “The lack of sea ports in Indonesia means that any cruise ships going from Singapore or Thailand to Australia and South Pacific bypasses Indonesia almost completely, which is a loss of opportunity. If we provide stopovers across Indonesia, these will provide a great opportunity to capture the cruise market.”

However, accessibility is currently North Bali’s greatest development challenge, as the airport lies on the island’s south, from where it takes about three hours to drive to the Menjangan area.

ITDC hence considers north Bali more accessible by cruise ships. And with contemporary cruise ships offering many man-made entertainment on board, the beaches, nature and national park in the north will make attractive drawcards for cruise passengers, Ricky aded.

Furthermore, the area’s development is expected to stimulate the arrival of more infrastructure and facilities, which is still lacking in north Bali.

Amid its push for better infrastructure and modern facilities for the destination, the Bali regional government, on the other hand, is also working to cultivate the island’s core strengths in tradition, culture and attractions.

As part of the government’s aim to disperse tourist footfalls away from the island’s packed south, the Bali Government Tourism Office, together with academics and experts in the field, has selected local events and attractions across different destinations for promotion.

She shared a few examples, among which is Jembrana in west Bali, an area known for its cattle breeders and a traditional bull race festival. To attract visitors and stimulate the locals to develop tourism, a Governor’s Cup is planned for Jembrana this year.

In the meantime, the assimilation of the Balinese and Chinese cultures is shown in the Balingkang Kintamani Festival, a cultural parade depicting the romantic legend between King Jaya Pangus with Kang Cing We of China.

“We collect local (traditions and attractions) from each regency in Bali, categorise them into local, national and international events, and promote them accordingly,” said Dewa Ayu, citing the promotion of Balingkang Kintamani Festival to the China market as an example.