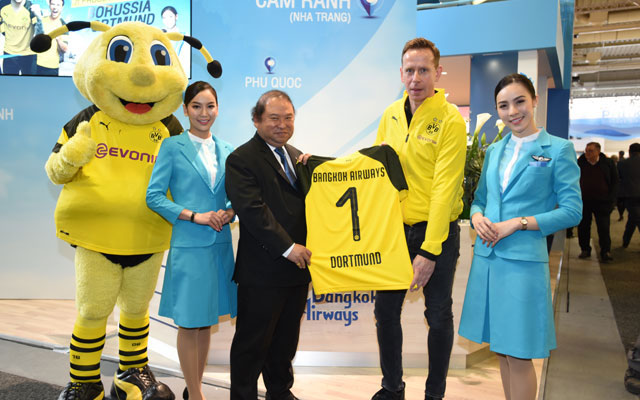 Linking up secondary destinations and opening access to more beaches in South-east Asia remain focal points for Bangkok Airways as it seeks to entrench its Indochina market position, revealed Puttipong Prasarttong-osoth, the president of Bangkok Airways.

The airline continues to introduce new connections to beach destinations in South-east Asia, including new services from Bangkok to Danang, Phu Quoc and Cam Ranh, and linking up its secondary hub of Chiang Mai with Hanoi. Coming up next will be two new routes from Chiang Mai to Krabi (end-March) and Luang Prabang (early April).

Such a strategy has worked especially well for the European market, for which beaches remain a top draw for South-east Asian holidays, Puttipong added.

And while Vietnam beaches have emerged as hot destinations in recent years, Puttipong revealed that the airline is also studying the feasibility of launching services to Myanmar’s untouched beaches in the south, although the country is currently hampered by the lack of adequate airport facilities.

“We now have codeshare partnerships with 27 airlines, with Philippines Airlines being the latest. We expect to sign with a few more carriers this year,” said Puttipong.

To further penetrate the European market, Bangkok Airways in 2018 sealed a two-year marketing partnership with Borussia Dortmund, one of Europe’s top football teams, to leverage branding cooperation of both companies to tap into a larger market reach in Asia, said Puttipong.

Dortmund has a big fan following from Germany, so we joined up with this football club to promote Bangkok Airways and make the airline better known across Asia and Europe.”

“We were not able to offer our products on OTAs just 12 months ago. NDC has now enabled us to build another plug to bridge our products to our digital market. We can now sell on OTAs,” he said.

He added: “We have seen bookings coming from South Africa and Pakistan, which are new markets that we have never seen or sold in before. NDC has performed exceptionally well for us, and we were surprised too. However, we’re still in the infancy stage of our digital transformation.”

Bangkok Airways has unveiled plans to transform itself into a “fully digital integrated airline”, with one of the aims focussing on selling more tickets online.

Last year, the carrier also developed its systems to be able to connect to OTAs such as eDreams, Ctrip, Mystifly and MakeMyTrip.