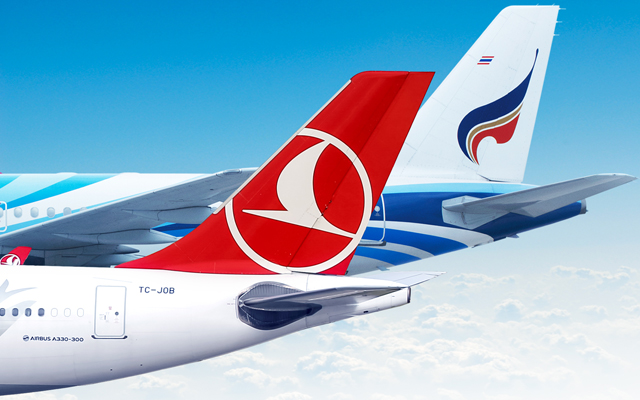 flydubai to fly direct to Krabi and Yangon

Dubai-based LCC flydubai will expand its network to South-east Asia with the launch of flights to Krabi and Yangon from December 10, 2019. The new daily flights are codeshared with Emirates and will operate from Terminal 3 at Dubai International Airport.

With the launch of the daily service to Krabi International Airport, which is operated via a stop in Yangon in Myanmar, flydubai becomes the first UAE national carrier to offer flights to Krabi.

The new direct flights to Yangon International Airport will also give passengers easier access to the largest city and commercial centre of Myanmar.

Joint venture partners Air New Zealand and Singapore Airlines (SIA) will boost capacity on the Auckland-Singapore route with an additional 35,000 seats between end March and October 2020, in response to growing demand from customers at both ends of the route.

Air New Zealand will increase its flight frequency from 12 to 14 services per week on its Boeing 787 Dreamliner aircraft from March 29 to October 24 next year, bringing the total number of services operated by the two airlines to 21 per week.

SIA will also deploy its larger A380 aircraft, instead of its scheduled Boeing 777-300ER aircraft, to meet strong demand over the Easter holiday next year.

The announcement follows recent capacity increases on the Christchurch-Singapore and Wellington-Singapore routes over the last six months, which are also part of the joint venture agreement between the two airlines.

Tickets for the new Air New Zealand- and SIA-operated service are available for purchase from August 14.

Cebu Pacific (CEB) has mounted three new services from Clark to Bacolod and Iloilo in the Philippines, and Tokyo in Japan. CEB is the first Philippine carrier to offer direct flights between Clark and Tokyo.

Flights from Clark to Bacolod and Iloilo run daily, while the direct service to and from Tokyo is scheduled four times weekly (Monday, Wednesday, Friday and Sunday). The carrier will also begin flying between Clark and Palawan daily by 4Q2019.

These four new routes will boost CEB’s total capacity in Clark by 40 per cent in 2019 alone, following a 75 per cent increase in 2018 with the launch of direct commercial air service to and from Davao and Bohol; as well as additional frequency for the Clark-Macau route.

CEB flies to four other domestic destinations (Cebu, Caticlan, Tagbilaran, Davao); and three other international destinations (Singapore, Macau and Hong Kong) to and from Clark.

Singapore Airlines (SIA) and regional subsidiary SilkAir have signed an agreement with Vistara to expand codesharing to international routes.

Under the expansion of an existing codeshare agreement which covers Indian domestic flights, SIA will add its SQ designator code to Vistara’s new international flights. In addition, SIA and SilkAir will add nine new codeshare destinations – Chandigarh, Dibrugarh, Jammu, Leh, Pune, Raipur, Ranchi, Siliguri and Srinagar – within India on Vistara-operated flights. With this expansion, SIA will codeshare on Vistara flights to more than 20 Indian destinations.

Similarly, Vistara will add its UK designator code to SIA- and SilkAir-operated flights between Singapore and eight destinations in India, namely, Ahmedabad, Bengaluru, Chennai, Cochin, Hyderabad, Kolkata, Mumbai and New Delhi. As part of the arrangement, Vistara will codeshare on services to more than 40 destinations from Singapore to Australia, New Zealand, Cambodia, Indonesia, Malaysia, Vietnam, Thailand, Taiwan, Japan and the US.

These codeshares will be implemented in phases and are subject to regulatory approvals, the airline said in a statement. This is the first time Vistara will be codesharing with partner airlines on international flights.

The statement also said that codeshare flights will progressively be made available through SIA and Vistara booking channels once necessary regulatory approvals are obtained.

Bangkok Airways and Turkish Airlines have entered into a new codeshare partnership from August 1, 2019. The agreement covers 16 of Bangkok Airways’ roundtrip routes on both domestic and international routes. In addition, two more routes – Bangkok-Phnom Penh and Bangkok-Siem Reap – are pending government approval.