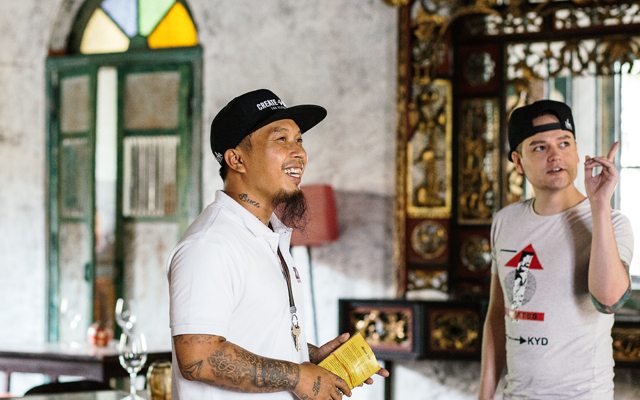 A tour group is aiming to showcase Cambodia in a different light while highlighting the plight of deported Cambodian-Americans.

The seed for Zin Adventures was planted in April 2018 when its core founders decided to form a social enterprise to offer employment and support to their peers. The five men are a fraction of the more than 700 Cambodian-Americans who have been sent to Cambodia since 2002.

The majority have never set foot on Cambodian soil, born in refugee camps that dotted the Thai border after their families fled the brutality of the Khmer Rouge, under which almost a quarter of the population died between 1975 to 1979. In the 1980s, the US started accepting refugees, numbering over 178,000 arrivals. Many families were placed into under-privileged neighbourhoods where turf wars were rife. Growing up, children turned to gangs for survival.

Although refugees were given legal permanent residence, they did not automatically receive citizenship. In 2002, America and Cambodia signed a law that saw non-citizens who commit a crime, including minor offences, deported after serving jail time – in many cases, several years later. Today, about 1,800 people in the US are waiting to be exiled to Cambodia.

Having managed to turn tragedy into a second chance with the financial backing of two business people in Cambodia, the team – Buck Billy, Bobby Orn, Bunthoeun Ly, Khan Hin and Jimmy Hiem – hope through Zin they can do the same for others.

They plan to recruit and train up to 20 employees from their community, as well as an additional 20 locals, and expand their itineraries across the country.

Currently, they have developed a one-day tour – which can be extended to three – to Kirirom and a 90-minute walking tour through the capital’s Old European Quarter, followed by an optional boat tour with a Khmer dance class from members of award-winning Sophiline Arts Ensemble.

The team has spent almost a year carrying out extensive research to seek out hidden relics, spots and stories that cannot be found in the guidebooks. Months were spent trawling online resources, newspapers and books, carrying out site visits and extensively interviewing locals.

The route starts in Phnom Penh and goes on to Kirirom – a national park about 2.5 hours from the capital.

Through the Gold Luck City tour, an itinerary has been curated to capture fading parts of the city’s more prosperous past. These include an ancient colonial church, a former Chinese assembly hall and a striking Chinese Hokkien temple.

To date, Zin has met with about 15 tourism companies, ranging from small travel businesses to large tour operators, with “much interest” shown in the Good Lucky City Tour.

Plans going forward include attracting more travellers from the US, as well as creating memorials and naming projects after relatives who made the refugee exodus and victims of the war and genocide.

Said Bobby, 44, who was deported in 2011: “We want to show the others when they arrive here that life isn’t over and there is hope, while showing some special places in Cambodia to visitors.”