When it comes to luxury offerings, Langkawi checks many boxes. Yet the number of high-yield visitors is not at the level it can be, according to the Langkawi Development Authority, which is pulling out all the stops to change this 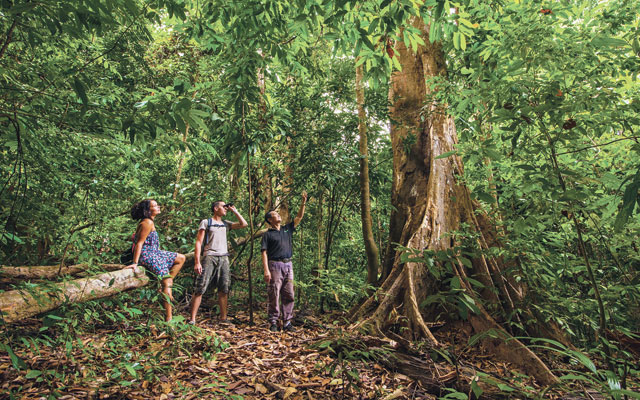 On paper, Langkawi has the makings of a luxury destination, with offerings ranging from high-end hotels to helicopter rides and marinas for yachts.

The archipelago of 99 islands has the most number of high-end hotel brands compared to any other island destination in Malaysia, according to Eric Sinnaya, managing director of Morahols Travel, council member of the Malaysian Tourism Council, and Langkawi chairman for Malaysian Nature Society.

Yet, the Langkawi Development Authority (LADA) says the destination is not attracting enough foreign visitors.

The high-yield segment makes up 15 per cent of total tourists to the island – a number the Langkawi Tourism Authority hopes to double by 2020.

Azizan said: “We have luxury hotel brands. What we need to do more of is to create greater awareness about the destination and its offerings. We have the mass market, now we need to go after the high-end tourists.”

While not a dedicated tourism destination marketing organisation, LADA, as the governing authority for development, has outlined objectives that are aligned to giving Langkawi a higher-end image.

LADA’s greater participation in tradeshows could help address the awareness gap. On top of PATA Travel Mart, which took place in Langkawi for the first time this year, LADA will also make a first appearance at ILTM Cannes in December. The organisation also plans to attend future iterations of ILTM China in Shanghai, and ILTM Asia Pacific in Singapore.

In particular, LADA hopes to attract luxury yacht enthusiasts, as Langkawi has four marinas that can cater to yachts of up to 80m long.

It also wants to attract private jets. Azizan shared that LADA is working with the Department of Civil Aviation to open Langkawi International Airport – including aircraft refuelling and private catering facilities – round the clock from 4Q2018.

Beyond the luxury hotel sector, LADA is also seeking investments in international schools for the expatriate community living in Langkawi, private hospitals, more fine dining restaurants and a premium outlet on the island.

Changing mass perceptions
Some agents point out that it is not just product awareness, but also destination branding that needs more work.

Langkawi’s luxury hotels are a relatively recent development, and the destination still has to work to change its mass market image that was formed over many years, they opined.

Ally Bhoonee, executive director of World Avenues, said: “The challenge is changing the perception of Langkawi as a high-end destination because all the while, Malaysia in general has been perceived as (a destination) attracting middle-income tourists. Only during the last two years, Langkawi has seen a spurt of growth in the high-end inventory with the opening of St Regis Langkawi and The Ritz-Carlton Langkawi.”

He added: “The authorities should not just concentrate on marketing Langkawi as a high-end destination but also rebranding it, while at the same time, not losing the essence of what Langkawi stands for – preserving nature and its pristine beauty. The tagline, Naturally Langkawi, hints that it is an ecotourism destination, but nothing to suggest it also caters to the upmarket tourist.”

For Sinnaya, even the more established tourism resources are not getting enough attention. “While there is sufficient information on Langkawi as a Geopark on the ground for visitors (already) in the destination, there is not enough awareness about its UNESCO Global Geopark status in overseas markets.”

Middle Eastern airlines are a key target as LADA trains its sights on high spenders. According to statistics from Tourism Malaysia, tourists from Kuwait, the UAE and Saudi Arabia spend more on the ground compared to visitors from other countries.

Other high-yield markets such as China, India, Australia, New Zealand, Europe and the US are also being targeted by LADA through joint collaborations with Tourism Malaysia, Malaysia Airlines, Etihad Airways, Emirates, Qatar Airways and Singapore Airlines.

It is also in talks with Condor Air, a new airline that will commence services between Frankfurt and Kuala Lumpur from November.

Anthony Wong, president of Langkawi Business Association as well as group managing director, Asian Overland Services Tourism & Hospitality Group, agreed that for a destination with limited direct flights from foreign destinations, getting charters is a good start. It allows the airline to gauge whether there is a market for the destination and whether it will be viable to commence scheduled flights later.

He added: “With charter services, there will always be a percentage of passengers who are well-to-do and will choose the best category of hotels to stay in. They are merely using the charter services as a means of getting to the destination because direct, scheduled flights might not be available.”

Meanwhile, TUI Group’s Fly and Cruise programme is set to commence from December 20 until end-March 2019. The group will offer direct flights from the UK to Langkawi, and regional cruises sailing out of Langkawi.

With TUI Group’s cruise ship homeporting in Langkawi, all passengers will spend at least one night in Langkawi before embarking on a 14-day cruise itinerary. The total potential capacity is expected to be about 7,200 passengers in the first year of operation.