Pattaya is cleaning up its act to become a family-friendly destination, and local stakeholders are imploring visitors to look beyond its sleazy association 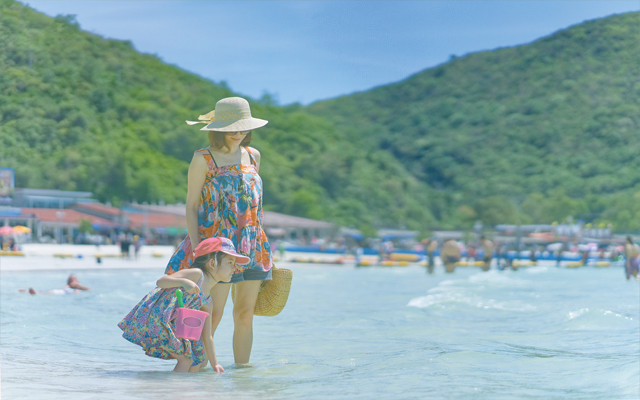 No stranger to transformation, Pattaya started out as a sleepy village which became a popular R’n’R destination for Vietnam War servicemen in the 1960s and subsequently a beach resort destination catering to Bangkok residents escaping from the Thai capital on weekends, although its fame – or notoriety – was largely founded on the back of sex tourism.

Its sleazy image is what the Thai authorities and tourism industry stakeholders are keen to change, as the city metamorphosises into a family-friendly destination, having welcomed a new swathe of five-star hotels, theme parks and lifestyle attractions in recent years. Pattaya was given the spotlight as the host destination for Thailand Travel Mart Plus (TTM+) in June this year, with organiser Tourism Authority of Thailand (TAT) placing an emphasis on romance and luxury under the theme Million Shades of Romance at its annual tradeshow.

Commenting on the choice of Pattaya for TTM+ 2018, which was held at Ocean Marina Yacht Club, Tanes Petsuwan, TAT’s deputy governor for marketing communications, said: “After two years of positive response in Chiang Mai, we wanted to show the new image of Pattaya and overthrow old perceptions of the city. Pattaya has reinvented itself for upscale travellers, with the Ocean Marine Yacht Club, Cartoon Network Amazone, F&B venues, Ramayana Water Park, international golf courses, etc.”

Key projects include the high-speed railway connecting Suvarnabhumi, Don Mueang and U-Tapao airports and the upgrade of the Sattahip commercial port, all of which will help to position the city as a high-end travel destination, he said.

Despite the progress made in its image overhaul, Pattaya still faces an uphill battle to improve its reputation, with opinions split among agents if they would promote and sell the destination to their clients.

Philippe Roussel, tour operator at Asia Voyages France, opined that the greater array of hotels, restaurants and activities has made Pattaya a “better” destination choice that can be paired with other parts of eastern Thailand for tour programmes.

Likewise, Asia DMC’s managing director Thailand Andre van der Marck said that Pattaya is “for sure” not for families, a key market segment for his company.

But Pattaya is not just for vice-seeking tourists, the city’s tourism players insisted. “They say, ‘Good boys go to heaven, bad boys go to Pattaya’. That is no longer true,” said NongNooch Garden & Resort’s sales and events manager Thanadit Chitaroon.

Urging the trade to give the city a chance, Pathira Nakngam Riley, director of sales & marketing at InterContinental Pattaya Resort, said: “We cannot change the history of Pattaya but we can certainly change travellers’ impression. Granted that the unsavoury part of Pattaya still exists, but most visitors won’t see it unless they specifically go looking for it – just like in most cities in the world.”

Nong Nooch Tropical Botanical Garden, a long-standing attraction in Pattaya that opened in 1980, is now pulling out the stops to enhance its appeal by adding villa accommodation, spas and restaurants in recent years.

As well, a growing crop of international five-star hotels brand such as Hilton, Renaissance, InterContinental and Movenpick is changing the face of Pattaya’s hospitality sector, driven by the influx of Chinese, Indian and Russian tourists.

“Over the past few years, Pattaya has seen a significant shift towards becoming more family-friendly, and there are plenty of examples of this. Most of the branded hotels in the city now offer family facilities, including family rooms with bunk beds, children’s pools and kids’ clubs with a vast choice of activities,” observed Olivier Berrivin, Best Western’s managing director of international operations – Asia.

As the destination takes on a more family-targeted sheen, Pattaya is receiving interest from wider market segments and geographic markets.

“For Royal Cliff, we are receiving a significant increase in Chinese guests coming for both leisure and MICE purposes,” said Vitanart Vathanakul, CEO, Royal Cliff Hotels Group. “Interestingly, it is the middle-age market and not the millennials that we see an increase in numbers with regards to those staying with us.

“Aside from the Chinese, other markets that show growth are India, South Korea, South-east Asia and Europe, especially Germany and Switzerland. We are also getting more senior travellers who stay with us more and longer. We see a potential for growth for millennials from China, Japan, Malaysia, Singapore, Hong Kong and Korea,” Vitanart shared.