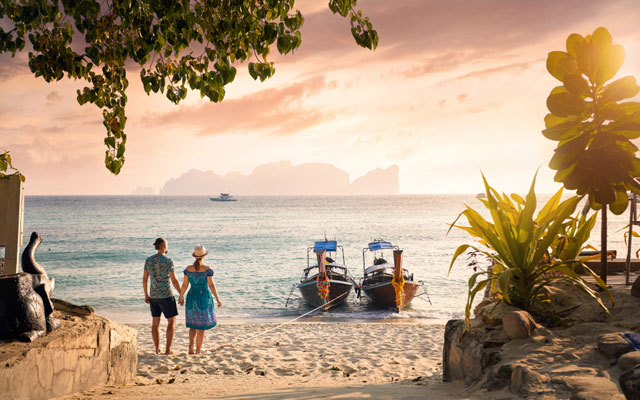 Thailand may well be on its way to another record year in tourism, welcoming 13.7 million visitor arrivals in the first four months of 2018, nearly 14 per cent more than the same period last year, but the Tourism Authority of Thailand (TAT) says its international marketing strategy is no longer about pursuing the numbers game.

Instead, focus will be placed on growing tourism revenue and visitors’ length of stay, announced Tanes Petsuwan, TAT’s deputy governor for marketing communications, at the recently-concluded Thailand Tourism Mart Plus (TTM+) in Pattaya.

“The only way to bring Thailand out of its pain points is to go niche. We are at a comfortable point now to go niche, so we will focus only on spending and revenue for performance statements moving forward,” Tanes revealed. In 2018, TAT targets to grow tourism revenue by eight per cent.

Romance and luxury were the focus for TTM+ 2018 when the tradeshow took place at Pattaya’s Ocean Marina Yacht Club last week under the theme of “Million Shades of Romance”. TAT also identified weddings and honeymoons as niche segments for promotion – in 2016, both segments attracted 1.1 million visitors and US$1.8 billion in revenue.

Gastronomy tourism is another focal point, with the launch of the Michelin Guidebook Bangkok last year, and the recent hosting of the fourth UNWTO World Forum on Gastronomy Tourism, as initiatives TAT has undertaken.

TAT’s niche market campaigns come at a critical time, especially as the impacts of mass tourism in Thailand are becoming even more apparent for overseas tour operators.

“Thailand has tremendous potential but it has been quite obsessed with numbers. It is becoming too much of a mass tourism destination and runs the risk of losing to Vietnam,” said David Kevan, partner and product person at Chic Locations UK. “The Chinese market is easy to attract in the short-term, but have longer-term consequences.”

Echoing Kevan’s concerns, Peer Runge, sales director of Samson Travel Denmark, remarked: “The influx of Chinese travellers is becoming a challenge for Thailand. Why would Danes come to Thailand if there are many Chinese?”

Speaking to TTG Asia and a handful of media outlets at the sidelines of TTM+, Tanes acknowledged that managing China as a growth market is a key challenge for Thailand.

“China is becoming too big a market, around 30 per cent; even tourism itself is also becoming too big a GDP contributor at 20 per cent,” he stated, stressing the need for TAT, as well as Thailand, to pursue market diversification strategies to better manage risks.

A silver lining, Tanes pointed out, is the growing number of FITs from China’s first-tier cities, where TAT’s marketing efforts will be targeted. Second- and third-tier Chinese cities will not be actively courted, he told TTG Asia.

However, TAT’s quality tourism push will probably take three to five years to bear fruit, Tanes admitted. In the meantime it is placing more attention on other key markets like South-east Asia.