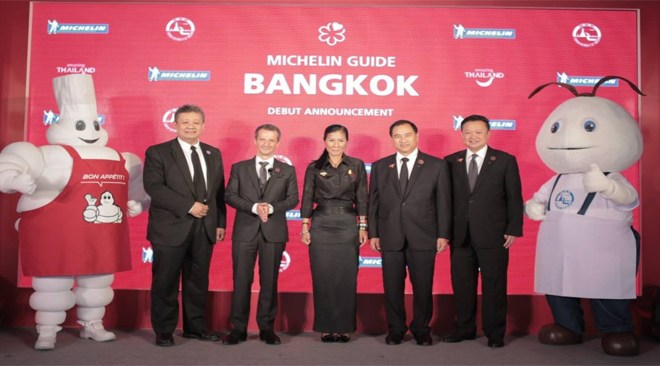 Following Singapore, Thailand will be the second country in South-east Asia to boast a Michelin guide, announced the Tourism Authority of Thailand (TAT) in a press conference last week.

TAT has entered into a partnership with Michelin Travel Partner to publish a Bangkok edition of the Michelin Guide. Expected to be released by the end of 2017, the Michelin Guide Bangkok will feature a bilingual Thai and English edition that is available in print and digital version. The guide will be jointly promoted by TAT and is projected to boost overall food spending per head of tourists in Thailand by 10 per cent, the NTO said in a statement.

Yuthasak Supasorn, TAT governor, said: “We hope that this partnership between TAT and Michelin will boost high-quality tourism in Thailand, while helping visitors get more out of Thailand’s rich culinary scene. The guide will also inspire local restaurants to improve their quality and raise the bar in terms of gastronomic excellence.”

Bangkok will be the focus of the first Thailand based Michelin Guide, with restaurants and eateries from other Thai destinations to be included in later editions.