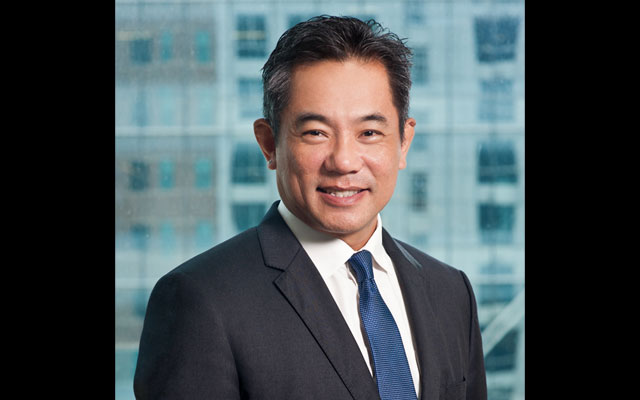 Now spun off from Wyndham Worldwide as a pure-play hotel company, Wyndham Hotels & Resorts has appointed Joon Aun Ooi – who brings a track record in spearheading regional openings of hotel brands – to the role of president and managing director for South-east Asia and Pacific Rim.

Reporting to Bob Loewen, executive vice president and COO of Wyndham Hotels & Resorts, Ooi will lead the post-spin development and growth of the Wyndham Hotels & Resorts family of brands across the South-east Asia and Pacific Rim region and drive its strategic objectives including the company’s brand transformation and its focus on loyalty, distribution, as well as sales and marketing.

Based in the regional headquarters in Singapore, Ooi replaces Barry Robinson who has been named president and managing director, Wyndham Vacation Clubs, a division of vacation ownership and exchange company Wyndham Destinations.

Since joining Wyndham in 2013 as vice president, openings and operations for Wyndham Hotel Group Greater China, he has introduced four new brands to the market and played a pivotal role in growing the combined franchise and management portfolio to over 1,400 hotels.

“Asia-Pacific is one of the world’s strongest travel markets, underpinned by rising middle class affluence and increased intra-regional travel driven by LCCs. We are accelerating the growth of our brands across the region to meet this demand which will make travel more accessible to all groups of travellers,” said Ooi.

“Going forward, we will be focused on our strategic transformation laser-focused on our brands, technology and marketing which will unlock even greater value for our franchisees, owners and management partners.”

Before joining the hospitality industry in 2002, Ooi had spent more than seven years at The Boston Consulting Group where he was a principal. He made his first foray into the hospitality industry as vice president strategy at InterContinental Hotels Group before moving to China in 2005 to take on the role of vice president, hotel openings (Greater China). In 2009, he was appointed vice president strategy and hotel openings (Asia Pacific) at Hilton.