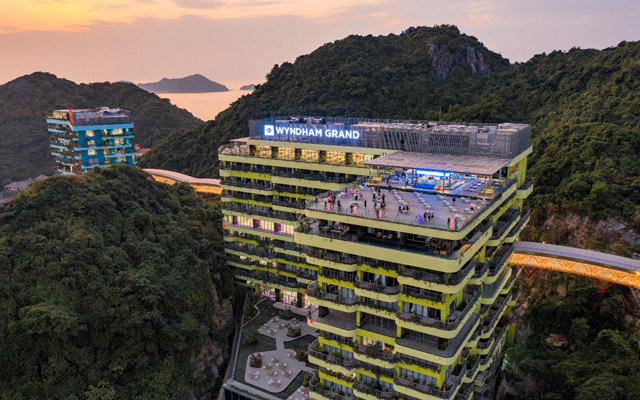 Wyndham Hotels & Resorts has expanded across Asia-Pacific with a number of recent hotel openings in 2021, with a line-up of new hotels planned this year to further strengthen its presence in the region.

“We will be debuting new brands in several strategic markets this year in a bid to capitalise on an anticipated upswing in travel in the region buoyed by strong pent-up demand as borders gradually reopen,” said Joon Aun Ooi, Wyndham’s president, Asia-Pacific, in a press release.

Wyndham expanded its footprint in Greater China with over 100 hotel openings including additions in top-tier cities such as Wyndham Garden Hangzhou Yuhang and Ramada by Wyndham brands in Guangzhou and Qingdao, and debuted the 200-room La Quinta by Wyndham Weifang South in Shandong province, a first in China.

Scheduled to open in June 2022, Wyndham Atlas Wongamat Pattaya will be the first Wyndham hotel in Pattaya, with plans for five more new hotels in Pattaya this year.

Wyndham Grand Flamingo Cat Ba was introduced in Vietnam, adding to its existing hotel portfolio in Halong Bay, Nha Trang and Cam Ranh, with plans for new Wyndham branded properties in Phu Quoc and Hoi An.

Ooi added: “Our continued momentum in hotel openings across Asia Pacific not only reflects optimism for its recovery, but also signals long-term confidence that our partners place in Wyndham’s globally established brands… we are making great progress towards our goal of reaching 2,000 hotels in Asia-Pacific by 2025.”

In 2021, Wyndham signed 655 hotels that will add over 82,000 rooms globally. It also grew its global development pipeline by five per cent from the previous year, representing 1,500 hotels and over 194,000 rooms.