When she joined then Carlson-Rezidor Hotel Group last September as president Asia-Pacific, she inherited what was largely seen as an unstable regional office while the whole chain was seen as lacking direction. Katerina Giannouka tells Raini Hamdi why that’s old news 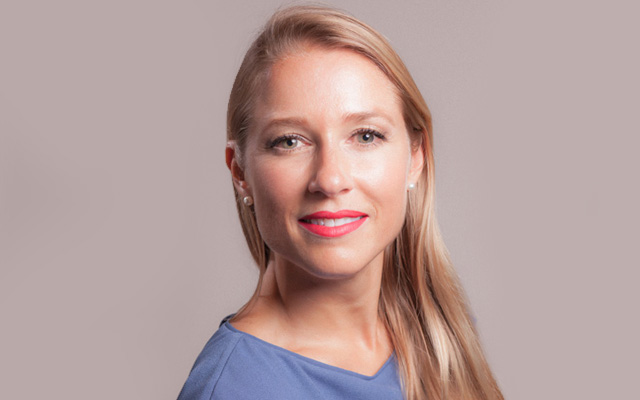 Are views of the chain as being, in a quick word, confusing, fair?
Our corporate rebranding (to Radisson Hotel Group) addresses exactly those things that were probably thought of as confusing. The rebranding wasn’t just a name change but a whole restructuring to gain huge efficiencies from the power of the Radisson name, and it came with a five-year plan, Destination 2022, which is a clear and detailed road map on how we want to grow.

So for example, we now have eight brands that are well-defined and do not compete with any of our other brands. That came from us repositioning, for instance, the Radisson Red brand a few notches higher and making it a more lifestyle brand than before, and launching a new (soft) brand, Radisson Collection (previously the perplexing ‘Quorvus’).

Coming from a development background (Giannouka was Rosewood Hotel Group’s head of development Asia-Pacific and China), I see it as a huge opportunity to start with the company under a new ownership (HNA) and almost a new blank sheet of paper. Much of the five-year plan is about growth and we are building the development team that is going to deliver the growth. We’re planning to triple our portfolio in China and double the portfolio in Asia-Pacific, so going from today’s 18,000 rooms and adding 20,000 rooms across the region. That requires the right team in place.

How are you rebuilding the development team?
I’ve been working on that since I joined. We have just named Ramzy Fenianos as new chief development officer Asia-Pacific, who I’m absolutely certain will help us execute the plan if not more.

We’re also rebuilding our development team in China. To triple the portfolio there requires a very localised knowledge. There are lots of opportunities for us: Four of our eight brands sit squarely in the mid-scale and upper mid-scale, which is where the shift in Chinese travellers is to. It used to be luxury. People talk about the 127 million China outbound but in China there are the 5.1 billion domestic travellers. And Radisson has been in China for 20 years as a brand.

We also look forward to partnering more closely with our new owner whose network in China is strong. We’ve just signed the first deal with HNA where one of its subsidiaries is part of the owning entity of a hotel near the Phoenix airport, a new-build, 334-key hotel in soft-opening which we have rebranded Radisson (Hotel Phoenix Airport). We managed to win that contract in a competitive process.That’s an example of how we can leverage our new owner’s influence and network within China and the vast real estate they own and are developing. It sends a strong signal to the market about their commitment to us and us to them.

But that’s the other thing too. HNA as we know is embattled with a lot of debts, and we’ve seen how it is already offloading some of those debts. How does this affect you?
Right now for our company, everything that we’re planning to achieve is encapsulated in our five-year plan. That plan is completely independent of any contribution or anything from the parent company. It is self-financed from Radisson Hotel Group and is based on organic growth.

So to answer how this influences us, actually we’re self-financed. Financially we operate independently from the parent and the five-year plan was approved by both the boards of Radisson Hospitality and Radisson Hotel Group AB.

Having a single ownership however is what gave rise to a new leadership, which gave rise to our current transformation, which looked at what we needed to do better – sharpen our brand architecture, rebrand the loyalty programme, make a significant investment on an entirely new, customised, IT platform that is going to be cutting edge in the industry, to name a few. All of these wouldn’t have happened had it not been for the new ownership. And then I joined at the right moment (laughs) when the company is going through the transformation it never had before. I’m really excited.

What is your sense of what owners in the region feel about industry consolidation and how is this an opportunity for Radisson?
We talk to our owners all the time. We constantly look out for what is it they need, where do they see the value and, ultimately, it’s back to strong brands.

One of the reasons we decided to focus on our strongest brand Radisson – to build on the strength of that brand and within that sharpen our brand architecture – is because we’re living in an environment where brands matter – what those brands deliver in terms of the recognition they have with owners, guests or talents. Our vision is to be among the top three top-of-mind operators in the world when a guest wants to stay in a hotel, when an investor thinks of a hotel company and when an employee wants to join the industry.

So to the question what owners are looking for, I think it’s more about value. We’ve got to make sure our brands are sharpened to drive value into our hotels.

What is interesting is it’s harder and harder for a single brand to survive in the ever-consolidating industry of ours. We have eight brands that really cover the spectrum, everything from prizeotel, which is in the lifestyle economy segment, all the way up to Radisson Collection, which is the luxury segment. So that’s what we’re focusing on, making sure our brands have scale, are well-defined, so the guests, owners and talents see their true value.