By its very meaning, disruption is a disarrangement. Hard to think of it as being ‘constructive’. But Blacklane’s co-founder & CEO Jens Wohltorf tells Raini Hamdi otherwise. Plus, he isn’t worried about autonomous cars disrupting Blacklane 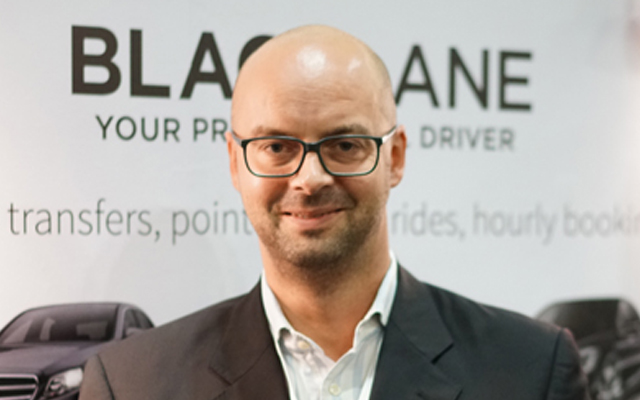 Destructive means you are risking the existing infrastructure and shaking everything upside down. The constructive way is by leveraging the infrastructure, working with existing parties and providing a new service experience to all parties involved.

How are you constructive?
We work with existing local players. Typically in every market, 70 per cent of these players are small businesses owning, say, three cars and employ two drivers, and offer chauffeur service to their usual customers, mainly domestic. They are fully licensed and strictly follow the rules and regulations. However, they are 20 per cent utilised and are hungry for the inbound market but don’t have the technology and network to reach this international clientele.

By bringing them onto our platform, we can ramp up their utilisation rate from 20 per cent to 80-90 per cent. Because of that, the price for such a service becomes more realistic and affordable for more people. For a 20 per cent utilisation rate, they have to ask for high prices, but now that they have so much more business, they can accept lower prices. At the end of the day, they still have more money in their wallet.

On the other side, previously, it’s almost unaffordable for people to be chauffeured in beautiful cars around the world. Not only because the cost is prohibitive, but because it’s not available or accessible in an easy manner. We have a sleek booking process (app and web) and customers can access the service on a global basis. It’s reliable – we dispatch the algorithms  to achieve capacity utilisation and whenever you place a booking, we guarantee we will fulfil it.

It’s also about the quality of the experience.

How much more affordable are you compared to the legacies?
We are a third of the pricing of the old limousine service networks. Sometimes, we are even 10-20 per cent cheaper than a taxi in some markets. But often we are also 10-20 per cent more expensive than a taxi, but this is fair as our service is so much better.

How do you charge?
We calculate the fare on a kilometre basis: the longer the distance, the more you pay. The traditional industry does a flat rate, which never works because you end up either overpaying or underpaying. It’s not fair. You can also book us by hours, one hour, four, a day – when you have multiple meetings in the city and you have luggage with you, you want to leave it in the trunk and you want to have a driver with you the entire day.

Our fares are transparent, all-inclusive – you don’t have to pay tip or taxes. And you can cancel a booking as late as one hour before the pick-up. Typically this would have required a 48-hour notice and at least a 50 per cent cancellation fee.

How did this idea come about?
In my previous job as consultant with the Boston Consulting Group, I was myself a heavy international business traveller. I was constantly in planes, running all over in airports, sometimes stranded in the middle of nowhere and sometimes sitting in nice cars, other times not in so nice cars. If I go to say Beijing or New York, I would need to contact the local office, find out who the experts are in the market; they would send me the contacts of three small players, I would call them only to find they didn’t have a car left. Or if they had a car, they would ask me to send them an email or even a fax with all my details. So you’re constantly stressed out by the logistics.

But aren’t you destructively disrupting the airport transfer business, a lucrative one for tour operators?
The prices of airport transfers are opaque and often, too expensive. So indeed we are disrupting it. But tour operators can partner and benefit from us. It is not their core business to identify the right, high quality and consistent transfer provider worldwide. This is our core competency. We have a global network of these service providers. Tour operators are good at packaging (tours); when it comes to transfers, their best bet is to partner us instead of doing it on their own.

Won’t you yourself be disrupted by the future of mobility – autonomous vehicles?
We won’t. It would disrupt the car rental business, not us. Our customers want to be driven, they don’t want to drive. If I were a car rental player, that would make me nervous, because my entire business foundation is gone.

And that’s why the Avis’s and Hertz’s of the world are taking action now – Hertz for instance has a global partnership with Blacklane; it offers (since spring last year) a chauffeur service powered by us. This complements nicely their self-drive service. We have other players whom we’ll be cooperating with, although we can’t make that public yet.

And what if Hertz or Avis launch their own version of Blacklane?
(Laughs) It’s a lot of work to do, I can tell you that. It is difficult to do this on an international scale. Worldwide, we have tens of thousands of cars already and they aren’t leaving the network because they appreciate the platform. Five years ago, nobody knew us. But because we deliver, somehow our name grew and we now receive applications from the small players to join us.

(Editor’s Note: Blacklane’s global network of professional driver partners covers more than 250 cities and 500 airports in 50 countries. This year, Blacklane said it would reach more than 300 cities, with major growth across the Middle East and Africa.)

What about ride-hailing apps – Uber, Grab – don’t they work against you?
They are nice handover points. They are our partners. The industry – Uber, Grab, taxis – they play in the inner city. The short-distance mobility game is their space. When you go from a hotel to an exhibition centre, it’s a 10-minute ride, four to five kilometres, that’s not Blacklane. It’s too short to enjoy this beautiful car (this interview was done in a Blacklane car; present was also Lo Li-Wen, Blacklane’s regional director APAC who was responsible for the group’s rapid expansion in the region in the last 1.5 years). Blacklane is strong in long distance. We bring passengers into the city, and out. Or, we bring them from, say, Singapore to Kuala Lumpur, or Philadelphia to New York. This is our world. Then we had over the people to the local operators in the inner cities.

So who uses you, mainly corporate travellers?
Yes, but a good third are leisure travellers. Imagine the scenario of a family with kids. They want a child seat in the car and and space for luggage. We charge per car, not per person, and you can request a child seat, and the car will arrive equipped with the child seat without additional costs. You don’t want to stand in a taxi line at the airport and hope to find a big enough taxi for this. We’re neat for families.

What’s next?
The Solve acquisition is one.