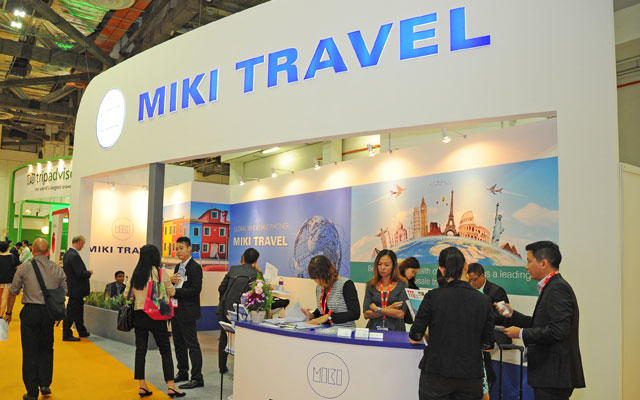 The three-pronged transformation has helped Miki Travel expand its business in Asia by 160 per cent last year, according to Moeschler, better known in the industry as Omo. He served Kuoni for 25 years, most recently as its senior vice president global sales and marketing.

On the technological front, Miki Travel last August became the first major B2B operator to adopt a hotel booking engine for groups to Europe, receiving good response from hotels, even the smaller ones that are not accustomed to dealing directly with Asia, he said.

There are 10,000 European hotels in its database and so far, five travel agencies each in China, Taiwan, Hong Kong, Thailand and Indonesia are benefiting from the booking engine, Moeschler claimed during Miki Travel’s appreciation party for Philippine travel agencies last week.

He is also planning a similar booking engine for restaurants and other food-related establishments over the next 18 months.

“I want to eliminate the middleman. I want to deal more directly with clients. We need to have faster response time to customers and remove the duplication (of transactions),” he explained.

On the company’s expansion strategy, Moeschler said there are plans to grow Miki Travel’s destination footprint, currently 90 per cent to Europe and 10 per cent to Japan, and include the Middle East, the US and Australia over the next three years.

Moeschler further shared that Miki Travel wants to give opportunities to local talents to rise up the corporate ladder since “there are many talents in Asia”.

Moeschler said his former company Kuoni was more of an “old-style player”, while Miki Travel is more open to such transformation.