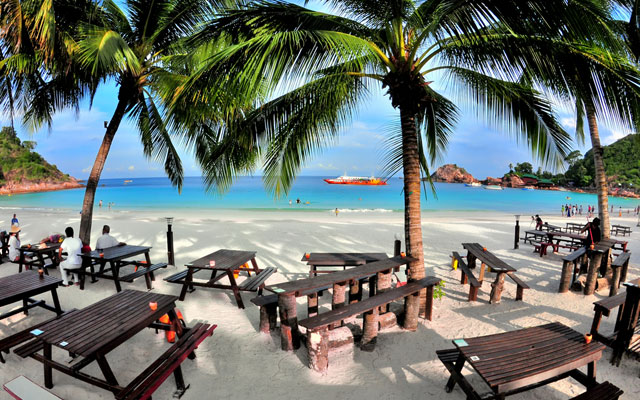 Encouraged by improved air links between Malaysia and China, Tourism Malaysia is stepping up efforts to tap tourist traffic from second- and third-tier Chinese cities while maintaining marketing efforts in the first-tier ones.

Tourism Malaysia’s chairman, Siew Ka Wei, told TTG Asia: “We believe travellers from second- and third-tier cities tend to stay longer and spend more in Malaysia compared with their counterparts from Beijing and Shanghai. However, their preferences for hotels and destinations tend (to be the same as those) from first-tier cities.”

He added: “Moving forward, we will need to identify their preferences and travel patterns so that strategic and targeted promotions can be implemented effectively. Promotional efforts in second- and third-tier cities will have to be intensified while we also look at strategic ways of improving air connectivity between these cities and Malaysia.”

China is Malaysia’s top mid-haul source market. Chinese arrivals for the first eight months of 2017 rose year-on-year by 8.3 per cent to reach 1.5 million.

Improved direct air access is benefiting various destinations such as Penang, Langkawi, Johor Bahru and Kota Kinabalu, as it allows Chinese travellers to go straight to their destination of choice, without having to go through the capital city, Kuala Lumpur.

Siew said: “While Sabah, with its many islands ideal for snorkelling and diving, has been well promoted and preferred by Chinese tourists, we want to channel interest to other beach and island destinations such as Langkawi, Port Dickson and Redang Island.”

The new direct flights to Langkawi from Shenzhen and Guangzhou are helping the NTO fulfil part of this desire.

Tourism Malaysia is also reaching out to Chinese millennials by inviting key opinion leaders and social media influencers on fam trips to Malaysia, so that they can share their travel experiences with their followers online.

Siew added that promotions of travel packages are also conducted on online platforms such WeChat, Weibo and popular travel blogs in China, among others, in order to reach out to Chinese millennials who prefer to research and book their trips online.

“Chinese millennials love our beaches and islands, our local products, and our local cuisine and fruits such as durian,” he revealed.

According to a tourist profile prepared by Tourism Malaysia’s research division in 2015, the majority of Chinese visitors are between the ages of 35 and 44 years old. The FIT segment makes up 53.3 per cent of arrivals.