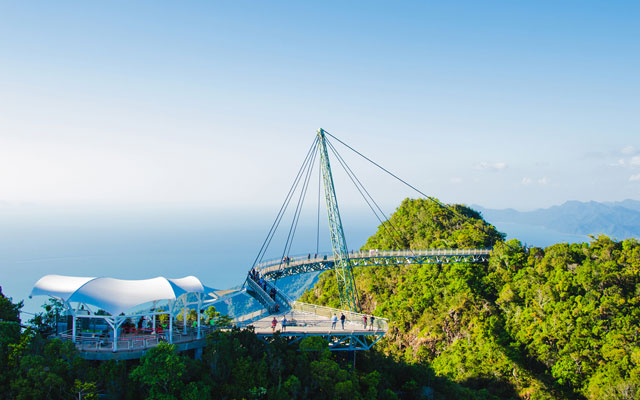 Langkawi Development Authority (LADA) is stepping up efforts to grow arrivals from Europe, which had earlier been hit by Malaysia Airlines’ suspension of most of its routes to the region.

Its CEO, Azizan Noordin, said: “European arrivals (which make up 20 per cent of international visitors to the island) are important as they spend an average of seven to eight nights in Langkawi. The top three European markets to Langkawi are the UK, Germany and Scandinavia.”

To attract Scandinavian and Northern European travellers, the state tourism boards of Sabah and Sarawak, together with LADA and supported by inbound agents, will jointly promote packages at the upcoming Matka Nordic Travel Fair in Helsinki in January 2018.

The appeal of the multi-destination packages is further enhanced by AirAsia’s introduction of services between Kuching and Langkawi in August as well as existing domestic flights between Sabah and Sarawak.

Moreover, a reality television show, Differences Aside, produced by CNN in collaboration with Travel Leisure Channel (TLC) in Langkawi, is expected to be aired in 1Q2018. Shooting in Langkawi will start next month, said Azizan.

It will see participants from the US, the UK, Middle East, Kazakhstan, China, Australia, Japan and Malaysia participating in treasure-hunt type of activities that showcases Langkawi’s attractions such as abseiling and jet-skiing. “This will further promote Langkawi as an island destination to the world,” said Azizan.

Azizan said outbound agents he met at the recently concluded World Travel Market are showing keen interest to create Langkawi packages. He said LADA is also working with Tourism Malaysia overseas offices in Europe to host five groups of travel agents and media from the UK, Germany and Kazakhstan next month and in January 2018.

Such efforts are geared towards winning back European markets impacted when Malaysia Airlines slashed all its European routes, except to the UK, which it continues to fly twice daily.

A host of events has also been lined up for tourists in Langkawi this year-end holiday season. Among them are Oceanman Langkawi, an open water swimming competition happening on November 25, as well as two inaugural music festivals, (December 22 – 24) and Langkawi International Blues, Roots, ASEANA (December 29-31).