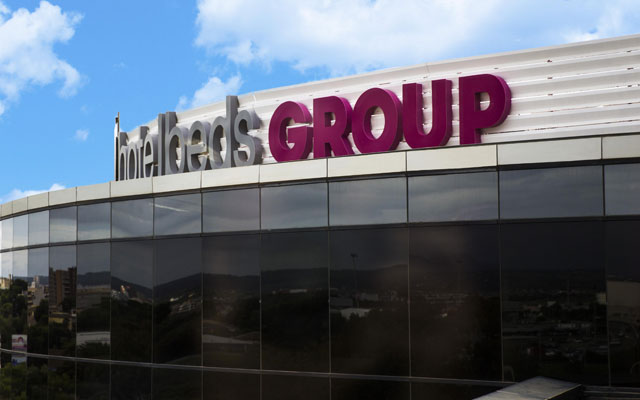 Having completed the GTA acquisition on October 4, Hotelbeds Group’s executive chairman Joan Vilà envisions “a whole new company” and one that will help hoteliers and the trade to reduce dependency on the two unicorns, Priceline and Expedia groups.

It is undecided yet if the GTA and Tourico brands – acquisition of the latter was completed in June – will be kept, with Vilà saying that’s a “secondary” concern to be decided later, while the primary “big” task is to integrate “three specific companies into one new company with a new culture that will make it a great place to work”.

“You know, the price is too big too fail,” he told TTG Asia in a phone interview from Palma, Spain, adding that he guarantees the birth of a new organisation whose consolidation is driven by growth, not cost cuts.

To understand the scale of the integration, a source tipped that the combined value of the GTA and Tourico acquisitions is some 1.3 billion euros (US$1.5 billion), with GTA being “the bigger buy, but not much bigger”.

That’s about as much as what Cinven and Canada Pension Plan Investment Board paid to TUI for Hotelbeds Group itself in September 2016, tipped to be around 1.2 billion euros.

Its marketshare shoots up to 15 per cent, from seven to eight per cent currently, observed the source, reflecting a sector that is highly fragmented, which means plenty of growth opportunities still for Hotelbeds Group.

According to Vilà, a new management team is already taking shape and leading the integration, and it includes leaders from GTA and Tourico.

“At the top of company, we have myself, Carlos Munoz (MD, Bedbanks) and Andres Garcia-Tenorio (Finance & Strategy). Yes we come from Hotelbeds (Group) but below that we have plenty of leaders from the three companies and people are pleased about this,” said Vilà.

He pointed to CEO of Tourico, Asi Ginio, as having taken an important responsibility (for Commercial & Strategic Partnerships), while CEO of GTA, Ivan Walter, “is going to take an important role in the integration”.

“His knowledge of the business is deep, and he’s had this critical position at GTA, so he will help us a lot in the coming months,” said Vilà.

Asked what results he would like to see for a year after integration, Vilà said: “I’d like to see two things, one internal related and one external.

“Internally, in a year’s time, we are almost there working as a single company, with many of the functions completed and integrated, and we are much better as three (combined) than standalone.

“Externally, we are big enough to be the true alternative for hoteliers who want to reduce dependency on the two big players (referring to Priceline and Expedia groups). You’ve seen how some hoteliers, though mainly in the US, talk of an oligopoly situation, so this increase in size and scale will make us more attractive to hoteliers. They see that we can be a very good, independent distribution channel because we don’t want to steal their clients, we don’t compete with them.

“For all the OTAs, tour operators and travel agencies, we will improve a lot in the number of hotels we have, and many of these hotels will have special agreements and conditions with us. So they (the trade) will think we are big enough, they don’t have to work with our competitors the big two as they have a choice, one that offers them excellent rates and portfolio of products for their customers.”

This is why Vilà believes a successful integration will result in a lot of growth for the group. “The primary driver of consolidation is growth. Hotelbeds was market leader but its market share was not big enough. Now there’s plenty of business and we should capture the growth.

“Being bigger, we can invest more in technology, systems and best practices to satisfy our clients and deliver the service they expect. Of course when you consolidate, there will be some duplications, for example, instead of three technology platforms, there will be just one in the future, but we will spend more on technology. (Manpower) costs may reduce (as a result of duplicated roles), but growth will favour hiring new people.”