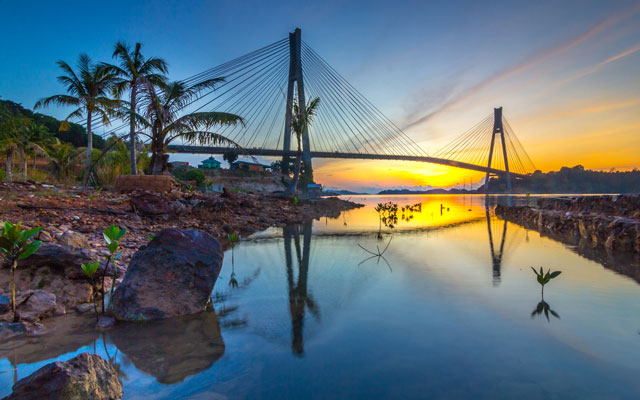 The Indonesia Ministry of Tourism is looking to tackle declining arrivals from Singapore and Malaysia by leveraging the easy accessibility of the Riau Islands from these markets and intensifying efforts to promote packages.

The ministry’s director for promotion for South-east Asia, Rizki Handayani, said a 2016 bomb-scare and the lack of new attractions in the Riau Islands have contributed to the decline in arrivals from Singapore.

Price is also an important consideration for Malaysian and Singaporean travellers who choose Johor or Vietnam instead.

Accessibility and amenity are key to attracting the two markets, said Rizki. The government hence sought to maximise idle capacity and boost arrivals by working with ferry operators, hotels and attractions to launch Hot Deals for Weekdays in August.

“Travellers can get cheaper ferry prices only when they buy the package, which can be purchased at our booth at the ferry terminals,” explained Rizki.

She said the government is targeting to sell 105,000 packages by the end of the year. “We have sold 6,000 packages in retail to date and 50,000 packages have been booked by a wholesaler,” she shared.

The government is also working on promotional packages with AirAsia. “AirAsia will cut its prices by 30 to 50 per cent for its routes, not only between Indonesia and Malaysia, but also all of Indonesia in certain periods,” said Rizki.