Here’s our weekly roundup of new air routes, codeshare partnerships, and other updates in aviation. 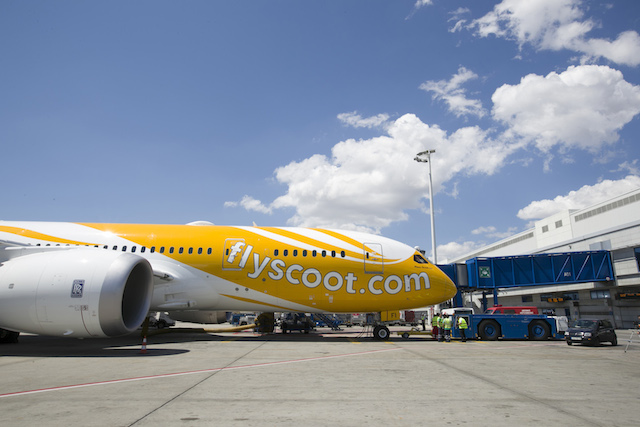 Scoot says Aloha to Honolulu
Scoot has started ticket sales for Singapore-Osaka-Honolulu flights, the airline’s second longhaul service after Athens, which debuted in June this year.

Marking Scoot’s maiden entry in to the US, the four-times-weekly flight serviced by the Boeing 787 Dreamliner is slated to commence on December 19, 2017.

With the route’s launch, Scoot will operate non-stop Singapore–Osaka service, in addition to its existing thrice-weekly services to Osaka via Bangkok and Kaohsiung. The total frequency to Osaka from Singapore will therefore increase from six-times-weekly to 10-times-weekly.

On the same date, flights operated by SIA, Lufthansa and SWISS between Singapore and Dusseldorf, Frankfurt, Munich and Zurich will be included in a revenue-sharing agreement between the two airline groups.

The airline’s seasonal operation to Barcelona during the summer peak will become a year-round service beginning April 15, 2018. It will start with thrice weekly flights from Hong Kong, before increasing it to four from July 1, 2018.

In addition, the airline’s existing four-times weekly service to Madrid will be increased to five a week from October 29, 2017.

As well, Cathay will fly more frequently to Tel Aviv, from the current four a week to six from March 25, 2018, increasing to daily throughout October and November.

Meanwhile, Cathay Pacific’s regional carrier Cathay Dragon will be increasing the frequency of its services between Hong Kong and Fukuoka from December 18, 2017.

The airline will initially operate an additional weekly flight to Japan’s fifth largest city, bringing the total number of flights per week to eight, increasing to 11 flights per week between January 14 and March 24, 2018.

The four-times-weekly service is operated by PAL Express, and departs Clark at 11.45 every Monday, Wednesday, Friday, Sunday. The return flight leaves Basco at 14.00 on the same days.

The new route is part of PAL’s development of Clark as a third hub of operations, following Manila and Cebu.

In addition, PAL will open three new domestic routes out of Davao – to Zamboanga, Tagbilaran and Cagayan de Oro – on November 1.

Flight FD110 will depart from Bangkok’s Don Mueang international airport at 22.05 on Mondays, Tuesdays, Thursdays and Saturdays, and arrive at Trichy at 23.55. The return flight, FD111, will depart Trichy at 00.50 on Tuesdays, Wednesdays, Fridays and Sundays and reach Bangkok at 06.10.