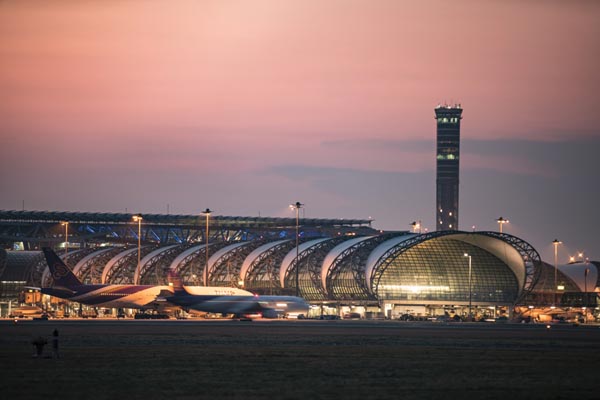 Now that the ASEAN Open Sky Agreement is finally ratified, getting the airport infrastructure planning right and ahead of demand growth are the greatest challenges the region needs to overcome, say industry chiefs

The Asia-Pacific region is already the world’s largest aviation market in terms of both passenger and freight traffic volumes, and is expected to continue growing at five to six per cent annually over the next two decades.

This year, four billion people worldwide will travel by air, with a third of them being carried by Asian airlines. By 2035, this region alone will account for over three billion air passengers annually, according to IATA projections.

The growth of aviation also delivers wider social and economic benefits, and nowhere is this more evident than key markets in ASEAN, where tourism is a  significant contributor to national GDPs, and air links are crucial to the movement of people and goods across large archipelagos. At the same time, steadily rising incomes and growing numbers of middle class consumers across the region are further accelerating the growth of air travel.

Nevertheless, the relentless growth in travel demand also raises a number of associated challenges for the ongoing development of the industry, notably in relation to infrastructure capacity. At current growth rates, the Asian air travel market will continue to double in size every 12-15 years.

Some air travel markets in Asia have grown even quicker, highlighting the need for clear long-term vision and commitment to investing boldly for the future, not just incremental expansion. It is critically important that the associated aviation infrastructure, including airports, runways, terminal capacity and air navigation services, keeps pace with the projected growth in demand.

Several airports in the region are already experiencing problems with air traffic congestion, especially during peak hours of the day. Some busy airports in ASEAN, including Jakarta, Manila and Bangkok, are operating well above their designed capacity, threatening to degrade service performance and constraining the development of new routes and flight frequencies. Vietnam provides a further illustration of the potential for rapid growth in air travel in line with broader economic and social development, now being backed up with major investments in new airport infrastructure.

Air traffic congestion and infrastructure bottlenecks can quickly lead to degraded service levels for both passengers and airline operators. Flight delays can cause significant frustration to passengers, and the effect is compounded if it leads to missed connections and consequential delays to other flights.

Governments have a key role to play in providing proper regulatory oversight and coordinating the necessary long-term planning decisions required for timely development of aviation infrastructure.

Air travel offers exciting growth prospects, but continued progress can only be effectively sustained when all relevant parties work closely together in active cooperation and collaboration.

IATA estimates that by 2036, 7.2 billion passengers will travel by air annually,  nearly doubling the four billion air passengers expected in 2017. The Asia-Pacific region is expected to lead this growth, accounting for over half of the new passengers over the next 20 years, and China will take the top spot as the world’s largest aviation market in/around 2029.

With the sheer number of travellers passing through our airports, plus more flights and aircraft to be managed, it’s no surprise that we see a lot of infrastructure investment in this region. However, as passenger volumes are increasing way faster than new airports or terminals can be built, airports need to get smart about the way they handle this growth. In many cases, innovation and technology can be the answer.

The latest of these is biometrics technology, which integrates with existing airport infrastructure, including industry standard equipment such as check-in kiosks, bagdrop units, gates for secure access, boarding and automated border control. The SITA Smart Path technology allows a passenger’s biometric details to be captured through a facial scan at the first touch point in the journey such as a check-in kiosk. The biometric record is checked against the passenger’s travel documents and a secure single token is created.

Then, at every additional step in the journey – whether it’s during self-bag-drop, at border control or aircraft boarding – passengers simply complete a facial scan without having to present their passport or boarding card.

The ability to integrate seamlessly at so many touch points would make at least 70 per cent of the journey faster, smoother and less stressful for passengers. A trial with Brisbane Airport for Smart Path has been launched.

Another area is self-service, where passengers can check-in at a kiosk, choose their seats and print their boarding passes and bag tags; and drop off their baggage at automated bagdrops.

In Asia, airports are increasingly turning more to self-service to manage increasing passenger numbers. For example, at Changi in Singapore, SITA is providing a combination of self-service check-in kiosks, self-bag drop and self-boarding to increase passenger throughput. It is also evident that self bagdrop successfully increases efficiency, with passengers being able to drop their bags in less than 20 seconds, as experienced at major airports in Australia like Melbourne and Brisbane.

Technology can provide many benefits to airports – the ability to handle more passengers within the constraints of existing infrastructure, while ensuring a fast, seamless and stress-free journey for travellers.

On the top of ASEAN airlines’ wish list: infrastructure investment

Nicholas Ionides, divisional vice president public affairs, Singapore Airlines
We would like to see the authorities take a proactive approach and long-term view of airport planning, and that includes making sufficient aircraft contact stands available, leveraging new technologies to improve the check-in, immigration and security check experiences, and increasing runway capacity wherever possible to reduce aircraft holding in the air and on ground. Such investment in infrastructure is necessary to support the continuing growth of tourism and air travel in this region.

Francis Loi, head of commercial, Jetstar Asia
The policy of open skies has to be followed with soft and hard infrastructure and improvements. LCCs need terminals that deliver quick aircraft turnarounds at a low cost.

The real issue is slots at the airports. Though traffic rights have been liberalised, there is still airport congestion across some of the major airports in ASEAN, such as Manila and Bali. In markets like these, there has to be more easing of slots to airlines to enable them to grow.
Singapore and Jakarta airports are addressing this, in terms of improving efficiency. Others are addressing this with the expansion of runways and terminals.

Jaime J Bautista, president and COO, Philippine Airlines
My wish is for airports to focus on infrastructure because this will lead to the growth of the aviation industry in the country. For the country’s aviation industry to fully maximise the potential of ASEAN Open Skies, we should have the facilities to support the market growth.

The Philippine administration should study the possibility of building a new international airport in Manila or expand existing airports. Terminal 2 at Ninoy Aquino International Airport, for example, is designed to accommodate 28 million passengers per year. At present, it is handling 34 million per year – way beyond its allowable capacity.

Improvements can also be made to existing airports outside Manila like Clark International Airport. Efforts are underway to improve fuelling facilities, airline catering and ground handling.