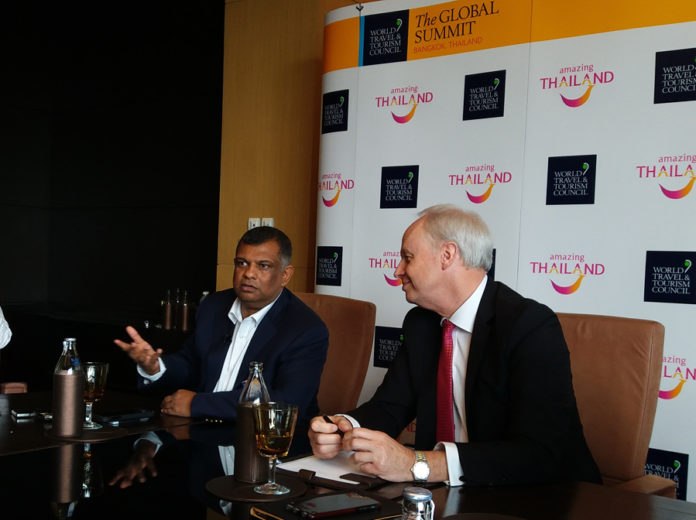 In the last decade ASEAN has come a long way in its aviation development but AirAsia Group CEO Tony Fernandes wants to see more done to grow the industry further.

“ASEAN has made huge improvements but it still (has) a long way to go to become truly open like Europe,” said Fernandes, urging further liberalisation of the region’s aviation sector during the recent WTTC Global Summit in Bangkok. “What we need to look at is common ownership… Joint ventures are less efficient than full ownership, unlike Ryanair and easyJet in Europe,” he elaborated.

A common visa for the region is still clearly lacking too, especially since ASEAN as a single travel destination product is already available, Fernandes pointed out.

What’s also needed is better planning and development of airport infrastructure in the region, urged Fernandes. “China is probably the only one in Asia ahead of the curve in terms of airports… Everyone builds terminals but forgets that aircraft need to land; (sometimes) there is only one runway.”

But the airline chief is “very optimistic” of ASEAN’s aviation sector, citing Thailand’s rapid passenger traffic growth as an example, as the country is now adding Utapao to Suvarnabhumi and Don Mueang airports as the third international gateway.

Furthermore, he also counts Vietnam as one of the key markets in South-east Asia to look to. AirAsia is gearing up to enter the country with its recent announcement to start a joint venture with local partners. “You can’t be in ASEAN without being in Vietnam,” he commented.

As well, Fernandes sees potential to bring longhaul visitors into ASEAN with its intention to open more longhaul destinations from Europe and North America after AirAsia X’s Honolulu service begins next year.

“I wonder why we’re not flying Dubai-Bangkok, Tassaporn (CEO of Thai AirAsia)! We need to give flydubai a run for its money,” quipped Fernandes, during a shared session on the summit sidelines with Gary Chapman, president of group services & dnata at Emirates.