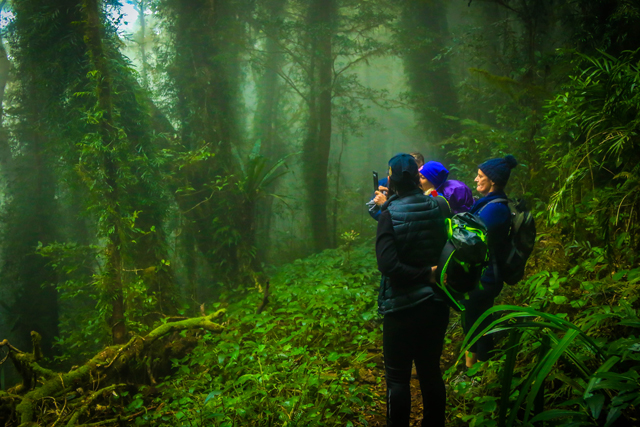 New platforms connecting tourists to local hosts defend themselves in the face of sceptical tour guides. By Adelaine Ng A guided tour by Localyokl

Airbnb and Australian startup Localyokl have moved into the guided tours space, offering “live like a local” experiences often led by unlicensed hosts, a development some industry leaders in Australia are uncomfortable with.

About 400 guides have registered to be hosts with Localyokl, which offers 140 experiences from paddle board yoga to astrophotography.

“It’s not so much a threat,” said Rosemary Cameron, administrator for the Professional Tour Guide Association of Australia. “These are all opportunities for guides. It just means that guides have to change the way we find work.”

Rather, her unease is based on the lack of training or insurance involved and how people are becoming guides without understanding the pitfalls of the job.

The two digital disrupters were recently criticised by Australian Tourism Export Council managing director Peter Shelley, who called them cowboys in the marketplace that damaged expectations of Australia’s brand.

Localyokl experience creator Ben Crisp rejected the criticism, telling TTG Asia: “I don’t think we’re eroding anything they provide. They’re always going to provide a good service. All we’re going to do is (offer) an alternative for those who don’t want to get trapped in the one-size-fits-all tourism mould. (We’re about) flexible, small group tours.”

Crisp added that his company is looking into liability insurance for every guide but admitted they currently rely on a liability waiver with the onus still on the guide to have the relevant insurance.

Meanwhile, Airbnb insists many of the existing licensing laws are designed for mass tourism. For experiences that pose safety risks, like a motorcycle or helicopter ride, the vetting processes are strenuous.

Institute of Australian Tour Guides spokesperson Suanne Adelman advised that while training, first aid and insurance are extra costs, guides are better off paying that upfront “than to have someone from a very litigious country overseas sue you if something goes wrong”.

However, both Cameron and Adelman hope that the introduction of sharing economy guides in Australia will increase their membership numbers.