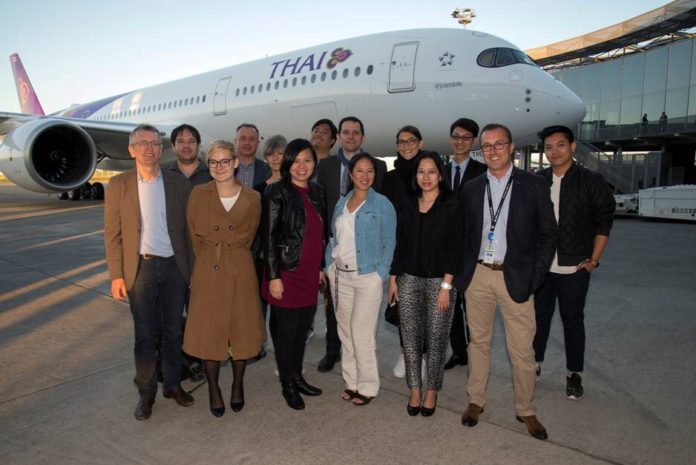 THAI’s A350-900 is configured in a two-class layout with a total of 321 seats, comprising 32 in business class, convertible to fully flat beds, and 289 in economy class.