The first travel agent to become tourism secretary in the Philippines, Wanda Tulfo Teo wants to prove that she has the mettle and industry experience to change the country's travel industry for the better. 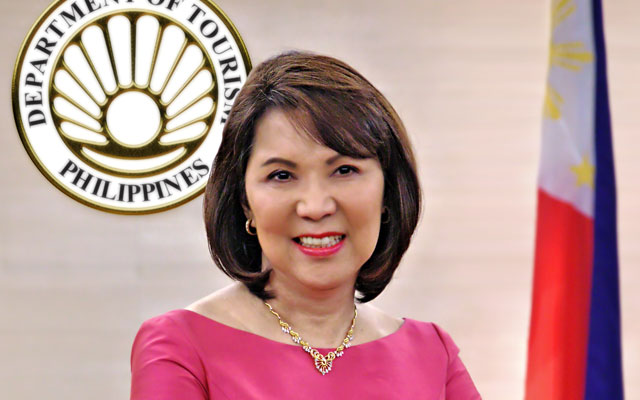 You were a travel agent for 22 years. How has this given you an edge in your post?
(Detractors said that) I’m merely a travel agent who knew nothing. But having come from the industry, I understand and relate to the problems of the trade. I’m also seen as one of them so it’s now easier for the trade to deal with the Department of Tourism (DoT). I’m working with the trade now on accreditation and addressing issues such as the lack of tour guides, hotels and rates, etc.

Many are expecting too much too soon. I’m just five months here (as of early December). Give me one, two years and I will prove them wrong. There were criticisms about your bringing of new people to DoT.
I came from the private sector and have to work with people whom I can trust. I have not fired anyone except one who was not performing.

How do you deal with the critics?
Although I get hurt by the critics, I derive strength from my four brothers in the media. They’ve told me not to get distracted by criticisms as long as I do my job, not to be onion-skinned and just work really hard to prove myself.

One advice Mon (Ramon Tulfo, the crusader newspaper columnist) has given me is to ignore critics so I won’t get discouraged and fall down. The most painful thing to a critic is being ignored.

How did you start in the travel industry?
I worked as a model (for couturier Renee Salud) and flight attendant (with Air Niugini). After I got married, my husband and I lived in Davao where I taught business administration at Ateneo de Davao University. But my love for travelling led me to set up Mount Apo Travel & Tours.

I did well selling outbound and my forte was Europe. I was also the top producer for airlines and Royal Caribbean International cruises, and received awards for my performance.

When I realised that many didn’t know the Philippines, I felt that I had to do something about it, so I started handling inbound, starting with Davao and later Boracay and Palawan as well.

Selling inbound was not easy but I joined sales missions and travel fairs abroad to move things forward.

It must be tough selling Davao then.
Davao was not safe then. People would always cancel, and we didn’t have foreign groups in Davao. It’s now easier to sell Davao.

Tell us more about your experience as president of the National Association of Independent Travel Agencies (NAITAS) and other organisations.

There are three big organisations in the Philippines – Philippine Travel Agencies Association, Philippine Tour Operators Association and NAITAS, which was lagging behind before I brought it up to par with the other two. I started by increasing its membership, and mounting travel and trade shows.

I was also secretary of the first Tourism Congress of the Philippines. I was very active in Davao. I was elected president of the Davao Travel Agencies Association and got re-elected for a second term. I also served as president for the Davao Association of Tour Operators.

What can we expect from the DoT after two years?
I’m already working on increasing arrivals. There will be more tourist attractions, activities, flights and hotels. Beautiful destinations will be developed and poor communities will benefit from tourism.  Being a Cabinet member is an advantage as I can personally approach those in the government to speed up the requisites to boost tourism.

This will be a very good year. We’re able to bring to the Philippines the Miss Universe pageant, Madrid Fusion Manila, UNWTO International Conference on Tourism Statistics and we also won the bid for a conference of 1,000  university professors from England. China has also lifted its travel ban against the Philippines.

What’s your vision for Philippine tourism?
The Philippines will become known as one of the best destinations in Asia, with the development of many more local beautiful destinations.

Thailand receives millions of Chinese visitors while we get just 500,000. The Philippines should be at par with them. We’re selling (similar) attractions but we have another selling point: Filipino hospitality. We go out of our way to help. The economic benefits of tourism can help the many marginalised communities.

What’s being done to realise this vision?
The It’s More Fun in the Philippines campaign slogan will be levelled up from the  Miss Universe pageant in January this year. It will not be changed but improved by focusing on unique Philippine service and hospitality.

We’re selling the Philippines in Asia, Europe, the US and the rest of the world.We engage with travel agents, the media and bloggers to bring them to the Philippines.

Since China lifted the travel advisory against the Philippines, big investors have been coming in. I want to increase arrivals from China to two million in 2017 but (China) expects to to reach three million.

After the bombings in Davao (in early September), I questioned the placing of the country on red alert (with security measures stepped up) as it would discourage tourists from visiting. But Philippine president Duterte asked me: “Wanda, what’s more important to you: red alert or tourists not coming here?” So there, we now have more peace and order.

What’s the legacy you want to leave after finishing your six-year term?
That the Philippines will become a top destination, that I’ve been a good tourism secretary and that I’ve done good for the country.